Before Dos Equis gave us “the most interesting man in the world,” there was occultist Aleister Crowley (1875–1947). Described by some as “the wickedest man in the world,” a Satanist, dangerous, and subversive, Aleister Crowley led quite the colorful life. Crowley’s mythic persona influenced pop culture giants like rock legends Led Zeppelin and Ozzy Osbourne, and he still continues to fascinate the world as a mystifying counterculture figure years after his death.

Edward Alexander Crowley was born on October 12, 1875, to a wealthy fundamentalist Christian family. Edward was fascinated by Western esotericism and the occult at a young age, and in 1898 he joined the Hermetic Order of the Golden Dawn. Later on, in 1912, Crowley would become an initiate of Ordo Templi Orientis, after co-founding an esoteric order in 1907. Determined to distinguish himself as his own person, he changed his name from Edward to the Gaelic form of Alexander, Aleister.

There were many reasons Aleister could gleefully call himself “The Beast,” which was an endearing nickname from his mother. Aleister was a mischief-maker, and he lost his virginity at age 14 to the family maid on his parent’s bed. The most subversive and controversial man of the 20th century had a high sex drive, seeing prostitutes in college, and claiming that 48 hours without relations would dull his mind. Aleister was quick to contract syphilis and gonorrhea, but he didn’t let that stop him from having a torrent of sordid affairs with male and female lovers throughout his life.

Most people often choose to stay away from taboo subjects, but Aleister Crowley was drawn to them like a moth to the flame. Aleister’s deviance was reflected in his poetry and writings, which often covered homoerotic themes, necrophilia, and even bestiality. Aleister was not afraid of pushing the envelope and readily penned down his true will with books that were later burned or banned. Although Crowley’s education at Cambridge helped foster his love of poetry and literature, he didn’t stray from focusing on detailed writings that focused on bizarre and subversive sexuality. The poems that Aleister was able to publish at Cambridge are tame in comparison to Aleister’s more notorious wordsmith activities.

Readers may still be shocked reading Crowley’s White Stains, which was written under a pen name, as being gay at the time was illegal in the UK. White Stains was curiously released only a few years after Oscar Wilde’s incarceration for indecency. Crowley was a pansexual menace who had affairs with men and women and he was not a fan of monogamy. Another gem of Crowley’s obscene writings is a 666-word poem that immortalizes his affection for his lover, Leah Hirsig, titled Leah Sublime. Read with caution, as Crowley’s prose is explicit.

Even though it was risky being gay or bisexual, Crowley may have been awakened to delve into occult practices after an affair with a man in Stockholm, New Year’s Eve in 1896. Even though Crowley experienced conflicted emotions about his sexuality at times, he felt that the experience shared with the man was “key to the purest and holiest spiritual ecstasy.” One reason that Crowley bumped heads with other members of the Hermetic Order of the Golden Dawn was due to his flagrant use of rent boys, and strong opinions on ritual.

Crowley had an easier time rising up the ranks of the O.T.O. and cemented his status as a powerful and influential occultist with Thelema. Aleister, unfortunately, suffered from addiction to heroin and cocaine. He hoped that Thelema would help himself and others overcome their struggles and achieve a better life. Thelema was developed after Crowley believed he was visited by a messenger of Thoth, named Aiwass, when vacationing in Egypt with his current wife in 1904. Crowley created a rushed manuscript of dictations from the otherworldly messenger, which was titled Liber Al Vel Legis, or The Book Of The Law.

Aleister managed to truly live his will as he decided, once he managed to develop a commune in Italy. Cefalu is a picturesque tourist destination known for historic monuments and cathedrals. Today, a dilapidated villa is all that remains of Crowley’s notorious Abbey of Thelema, which was in operation from 1920 to 1923. Benito Mussolini may have been a fan of wearing black, but once he discovered Crowley’s activities, horrified, he immediately had “The Beast 666” and company expelled from the country. The Abbey of Thelema was both Aleister’s home and spiritual center in Italy, but the practices that took place were a far cry from Aleister’s strict Christian upbringing.

Crowley bedecked the villa with expensive paintings, which were visually stimulating to trip into a spiritual state of ecstasy while using experimental drugs. During the three years that Crowley had his magickal utopia, children roamed freely, while witnessing rituals that were violent or adult in nature. Every day there would be orgies, sex magick, mystical writing, and celebrities would drop into the commune. When Betty May, a follower of Crowley’s, became distraught over her husband’s death from a bacterial infection, she exposed the commune’s activities to the press. It seemed that the party was over, and Aleister had to take residence elsewhere.

Leaving a legacy and the law

Aleister Crowley lived out his personal ideas about life, and he created an esoteric religion that continues to live on after his death with enthusiastic followers. Ridiculed by some, feared by others, and a significant cultural influencer, Aleister Crowley lived boldly in the face of rampant criticism. Mr. Crowley was far from a perfect enlightened human being, as he wielded occult knowledge to win over followers. Aleister’s extreme sexuality and sense of freedom with his many “Scarlet Women” led to broken relationships, drug abuse, and illegitimate children. Despite the risk of disease and death, Aleister maintained relationships with male and female prostitutes for the goal of achieving higher spiritual ascension using sex magick.

Despite being an infamous and world renown figure, Mr. Crowley suffered for his occult dealings, insatiable sexual appetite, and drug addiction. Cocaine managed to eradicate his nasal passages before he passed away from chronic bronchitis on December 1, 1947. Aleister Crowley was born into a wealthy home, but he died poor. Only a small number of people attended his Black Mass funeral services, and he was cremated. Today, Aleister Crowley’s theories on magick continue to titillate, frighten, and lure the curious. From rock and roll music, Wicca, Thelema, and pop culture jests, Mr. Crowley’s presence manage to still be felt.

Samuel Clemens was born in Florida, Missouri. He has written for various publications, including the Territorial Enterprise, The Sacramento Union, and New York Saturday Press.

The caves and tunnels nobody can explain

Gates of Hell: The real places said to be entrances to the underworld

He explicitly asks you to not believe him, just try the stuff and see what happens, and report back if you find something that works more efficiently.

I looked into both it and it’s creator. Many of the Thelemites were torn on Crowley. Some hailed him as a trickster genius, who deliberately did shit to put people off following the path. You know, codifying things, using metaphors that are intended to mislead etc. Also generally being unpleasant to people when they tried to get close to him. Others state he was clearly a Narcissist but that we should treat Thelema as separate from him, as it is a work of genius.

The issue I have with both of these views is the work is passed through the filter of the man. In my personal opinion, it is impossible to separate the man from his work. From the accounts on his narcissism, I was put off reading further. The man has his "followers" celebrate him and his partner once a year. Can you get any more narcissistic?

One thing I will add is there are elements in his work that are useful. I do not find his entire path is one I personally want to walk. 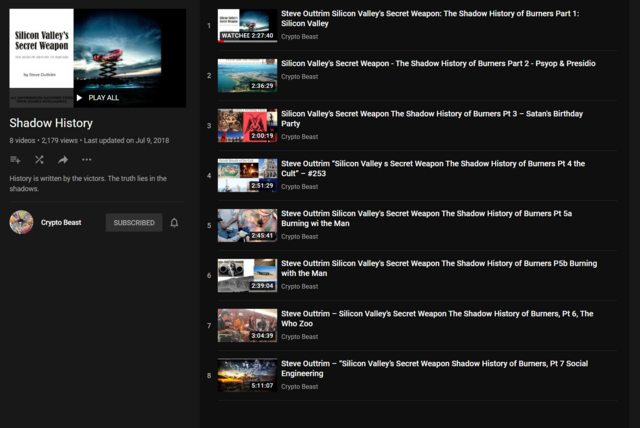 I liked the Book of the Law. It made a reasonable point.

i havent heard a shit eating story about crowley, what happened?

people hate him but i dont really get why, i dont know of him doing anything like murder or rape, he condemns it in his writings.

He was a gay fag 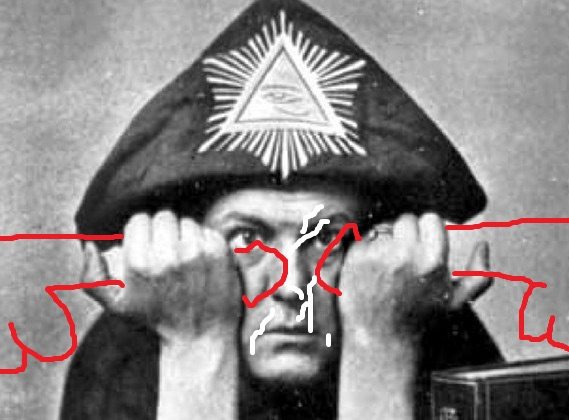 Smear stories he made alot of enemies. But he was also a degenerate and he knew it. He tells of everymans duality as such.

ciccilias farts is a good poem of his

Honestly, I had a huge Crowely phase this year (due to it being the first time time I picked up his books)
But then I joined a Thelamite group & they hate him. Dude literally ate a piece of shit.
Final stance is his writings can be okay but he was 110% coked out of his mind.

How is it even possible for a religion to be so incredibly gay that it was too gay for the guy who invented Wicca?

>too gay for the guy who invented Wicca?
Wicca (and neopaganism writ large) is historically pretty heteronormative, it only started gaining an LGBT following when the Second Wave of feminism happened and the narrative shifted. 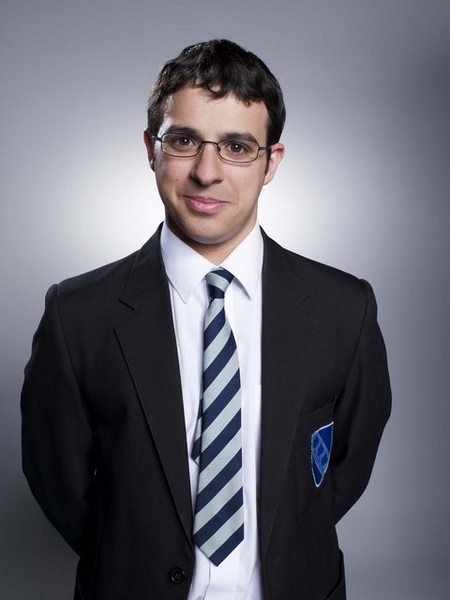 He had an impact on ocult writings, but the book of law comes with some very odd things. But is great for getting people into occult items.

I think a reason this shifted was because of how pro sex/pro nudity a lot of coverns where. It natrually felt a home for people who where anxious about not being accepted for being gay I suppose. Still nowadays Wicca is just a vague outline, ranging from fluffy bunnies to pagans who just use the general ritual/structures of it.