Using the pronoun he for a male or she for a female is now officially a reason for Twitter to yoink your account.

The microblogging giant has a history of suspending people for acknowledging biology, but now the practice is codified in Twitter’s increasingly labyrinthine rules under the hateful conduct section, which is starting to look more like a publisher’s style guide.

The policy states: “We prohibit targeting individuals with repeated slurs, tropes or other content that intends to dehumanize, degrade or reinforce negative or harmful stereotypes about a protected category. This includes targeted misgendering or deadnaming of transgender individuals.” [emphasis mine]

Misgendering is the act of not using a person’s chosen gender pronouns, of which there are dozens ready to go with any mood or phase of the moon.

According to Britain’s Pink News, Twitter’s new policy against misgendering (and also deadnaming — the act of referencing a transgender’s pre-transition name) was actually added in late October but it’s just now being noticed and becoming part of the news cycle.

One tweeted: “Excellent news everyone: Twitter has finally updated their TOS such that misgendering/deadnaming a trans person is against the site’s rules. Happy hunting.”

“Hunting,” of course, is a reference to the traditional social justice ritual of searching out people you don’t like and pressuring their services to ban them, often with hyperbolic reports. Many social justice activists believe misgendering is an act of violence.

On the other side of the aisle, @kurisuchaneko opined that “Every day we stray further away from free speech and the truth.”

Love and sex in Georgian England, according to this vulgar 1785 dictionary

No, no attack on #FreedomOfSpeech at all! – THE FIRST STREET JOURNAL. 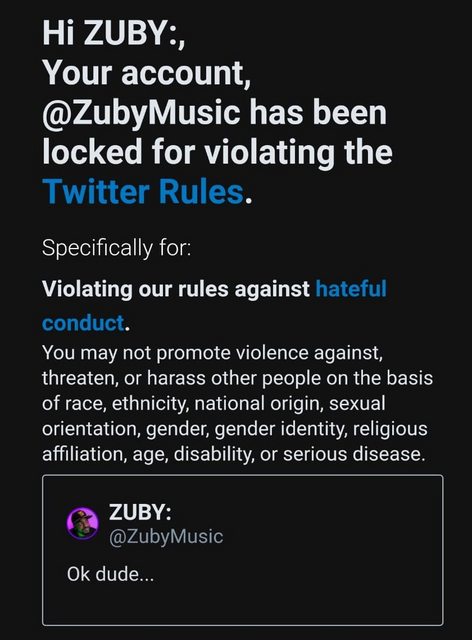 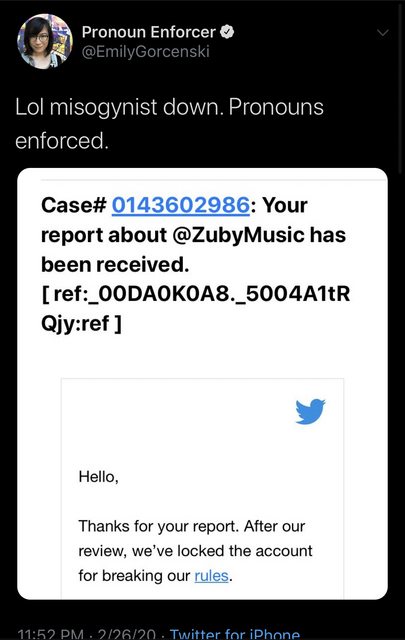 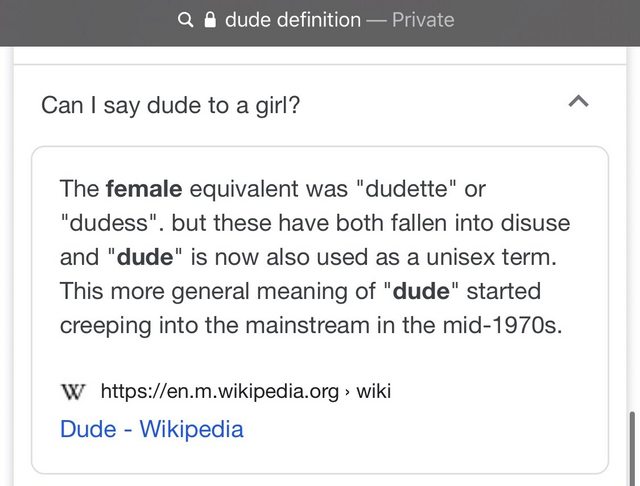 A real Marxist opinion would see this as a form of bourgeois censorship, banning any disagreement with the Trans-ideology. But the general stance of Marxists today is to champion something regardless of whether it is wholly scientific or not. So they’ll likely celebrate it.

The Truth Shall Land You In Jail - Zo

The Truth Shall Land You In Jail

The Truth Shall Land You In Jail | TrumpsMinutemen

The truth shall land you in jail – The First Street Journal.

So glad I deleted my Twitter and FB accounts. Don’t have to put up with this non-sense.

The world is so full of morons today. Yes, I said it. I called you a name. Are you going to complain now because I hurt your feelers?

I read about the ‘blacklisting’ of the 40s and 50s in college. Little did I know I would live to see a repeat of this dangerous and deadly behavior.

I used to consider myself a progressive, but now I find myself reassessing lots of my core values.

“When even one American — who has done nothing wrong — is forced by fear to shut his mind and close his mouth — then all Americans are in peril.” -Harry S. Truman

[…] a recognition that our identity is an accepted fact and that to suggest otherwise is a slur. But to many on the right, it reeked of censorship and “political […]

“attacking a protected category report option”
Oh no no no

Why are people still on Twitter? There are much better social networks out there.

All social networks evolve to become useless dumpster fires that are a horrid waste to time, effort, and demonstrably bad to maintaining an individual’s mental health.

[…] a recognition that our identity is an accepted fact and that to suggest otherwise is a slur. But to many on the right, it reeked of censorship and “political […]

An assumed identity contrary to your actual biology is not “an accepted fact” … it is a fantasy accepted by you and a very small circle of other deluded souls. You have brought online role-playing into reality. Here’s a fact you need to accept: most of us do not share your psychosis and do not want to play your games.
And stop calling us “cis-gendered” … it’s offensive.

[…] that our id is an authorised truth and that to indicate in a different way is a slur. But to many on the proper, it reeked of censorship and “political […]

So Trump can’t block people on Twitter because it’s a violation of the first amendment, but Twitter can ban people that don’t agree with transgenderism hogwash. That’s ludicrous!

The First Amendment guarantees a right of free speech. It does not guarantee that you will be heard. The reply section of Twitter has been weaponized to hide the comments of those who agree with President Trump. That is a vile practice.

In my opinion there is a pragmatic basis for criticizing these new practices from the left because they substitute a generality for approaching a person by what they do. Take some corporation from one of the biggest and most famous class-action-settlement stories (they knew x, internal research showed it, they covered it up – one of those.) If that corporation does their logo as a rainbow and has an elaborate pronouns policy, are they the left? Overgeneralizing from categories, the theme and the focus, is a piece of the left that corporations love to co-opt up and down because they can do it without spending any money and get a bunch of free accolades for their tolerance. That “liberal” corporation, and you, have something in common because by spotlighting the gimmicks, they can carry on with subtle and grinding damage in the subject matter of whatever they actually do – economically – in their business – which might do its damage on entire regions or cities where all different ideologies breathe the air – and by spotlighting the gimmicks you help them.

You know, being tough or being accepting sure don’t seem so simple when you look at two passionate sides of an argument and see a general non-acceptance surface which penetrates through all ideals.

I also don’t accept pedophilia, cannibalism or ritual murder. There are just some “non-acceptance surface[s]” which are not negotiable and whose transgression SHOULD result in unyielding resistance.
If we play along, we lose western culture and they never recover from their psychosis.

[…] could be banned from social media by the Silicon Valley thought police. Specifically, Twitter has forbidden misgendering and deadnaming, otherwise known as referring to the psychosexually deranged by their […]

Compelled speech. An elegant weapon of a more civilized age.

The solution is obvious: stop interacting with “LGBTQ” people. When did they ever offer anything but grief and drama anyhow.

But it hasn’t worked so far. They seem to go out of their way to inflict themselves on others…especially those who really didn’t give a damn. Until they were bothered.

Most people have patience. They know these problems will take care of themselves. It’s the drama and noise they object to, along with this presumption that tiny minorities make rules others should be compelled to follow.

Can we just mention that people misgender other people online because, unless you go around saying “Hey, I’m a girl!” or “Hey, I’m a guy!” or any other gender that exists, people probably don’t know what you identify as. This is not their fault, they don’t read minds nor look through the screen to see what you look like…just saying.

what if we just refer to them as “biological male/female”?

They are one of the weapons being used to destroy western culture — what if we simply fought back?

>erase trans people’s identities and right to exist.
How do you do any of that by misgendering them? My identity and “right to exist” doesn’t get erased just because someone here calls me “Mohammed”. Why are trannies so over the top hysterical? “You misgendered me, you’re literally murdering me!!”.

Also Sweden is not a place for hate, you’re only still there because you hide in the shadows.

“You hide in the shadows”, says one Anonymous, not noticing the irony. Anonymous pretends you can “erase trans folks”.

You cannot “erase” mentally disturbed men who payed a witch doctor to slash their penis so they can pretend to be a woman. However, you can, and you should, call them out for what they are : men with severe mental health problems, who throw a tantrum to be noticed.

You also can, and should, shame the much more important group of people who invent a problem which does not exist, in order to boss others around so they can satisfy their communist-fascist urges.

Transsexual people don’t exist. There just aren’t any. Close to 100 % of the world population will live and die without ever seeing a tranny. But born-again communists need them to exist, so they will invent imaginary harm done to the exceedingly rare members of the species.

Then some homosexuals, even more unhinged that the regular ones, will spot the social privileges that are theirs for the taking provided they “change” their sex, so they take the hint. And presto, you have a tiny-weeny bit more trannies around, but their numbers still amount to practically zero.

However, socialists, as is their habit, will have invented a problem out of thin air, only to “solve” it in their very peculiar manner, which involves oppressing everybody else.

And that’s why Twitter has now those extremely stupid rules. Once upon a time, pretending it is possible to “misgender or deadname transgender individuals” would have you burned at the stake. Maybe we should consider reviving the good old customs of yore.

Just have a nice day now and do humanity a huge service.

Upvoted. The oppression is not of the minority, but of the majority. A baker by the side of the road is not oppressing anyone and he’s not an essential public service. A homosexual will drive 20 miles past Muslim bakeries and a half-dozen completely accommodating bakers to harass and sue a Christian baker because the Christian baker won’t kill him for being gay AND because the state won’t support him in his suit against the Muslim as it will in a suit against a Caucasian Christian.