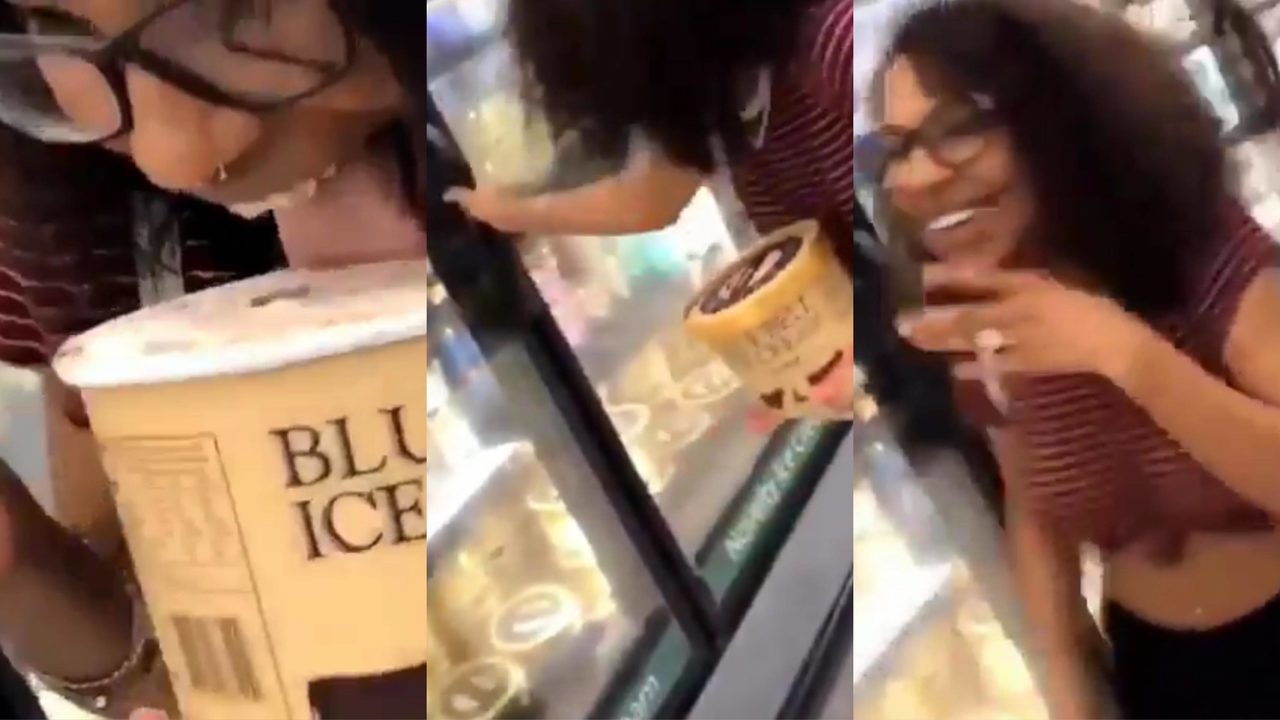 You’ve probably seen the ice cream licker video by now, which has gone viral and racked up almost 12 million views just on Twitter alone. In it, a woman is seen entering a Walmart, opening a container of Blue Bell ice cream, licking it, and then putting it back in the freezer.

Now Lufkin Police detectives believe they have discovered her identity, and say they intend to charge her with second-degree felony tampering with a consumer product. The charge carries a sentence of anywhere from two to 20 years.

“We’re appalled that someone would do this,” said a statement from Lufkin Director of Public Safety Gerald Williamson. “We take it incredibly seriously and we’re acting on it as the major crime that it is.” They are reportedly also consulting with the FDA to pursue federal charges.

Blue Bell on its part released a statement on its website saying that they have found the licked tub, and that they also cleared out every Tin Roof half gallon tub of ice cream from that Walmart location for good measure.

The hunt for viral fame have seen many millennials and zoomers recording themselves performing similar stupid and/or criminal acts in their local groceries and markets.

you bitches with no oral hygiene could take a hint pic.twitter.com/IaMOC1caid

Another food licker. The viral challenge continues. All that for a miserable drop of clout. https://t.co/qvCVNF2vn3

It continues. The viral challenge of messing with food products in grocery stores for clout can’t be stopped. pic.twitter.com/hvhkRKag83

I wonder if the 1st post can be traced back to a tamper resistant package firm? Some people will do anything for a sale.