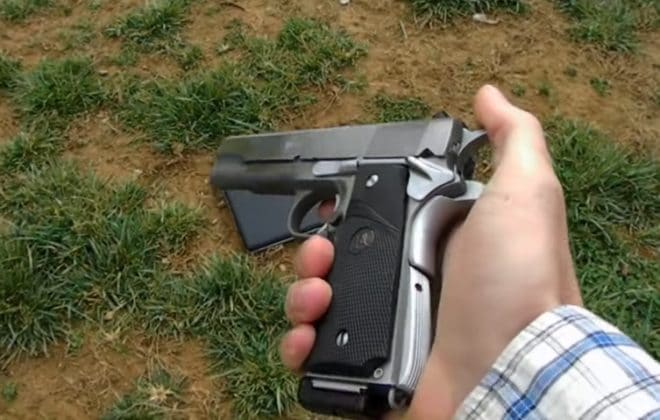 A video of a father firing at his 16-year-old daughter’s laptop after she blasted him on her Facebook page went viral as it sparked hot controversy about parenting and tough love.

Tommy Jordan posted the video with the title, “Facebook Parenting: For the troubled teen” on YouTube Wednesday. By Friday the video was already viewed up to two million times. Jordan posted the clip publicly after Hannah, his daughter, posted an open letter on Facebook to her parents complaining about what most 16-year-olds experience at that age: having to do chores and not having the latest gadgets bought for her.

Jordan recorded a video of himself sitting on a chair with a lit cigarette on his hand and a printed-out copy of his daughter’s posting in the other hand. In his belt is a .45 caliber in holster.

The dad starts off angrily with a message to his daughter.

“Hannah, you were grounded for three months for doing something similar to this and I would’ve thought that with a father in IT for a living, you would have better sense than to do it again,” he says.

He then started with the title of his daughter’s letter “To my parents.”

“Since you want to hide it from everyone, I’m going to read for everyone now,” Jordan says on the video.

“To my parents: I’m not your damn slave,” he begins, before continuing to read the profanity-laced diatribe.