Vice employees are reporting a hellscape of sexual harassment Vice Media’s head of documentaries is the latest casualty in the war on sexual abusers in Hollywood and the media. And he’s only the tip of the iceberg. 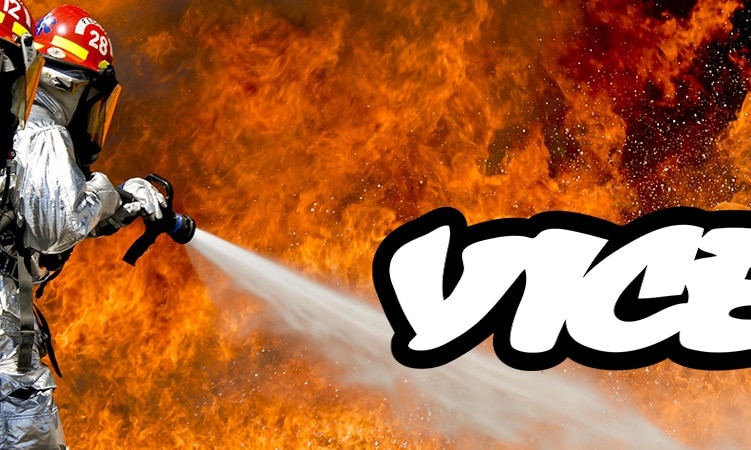 The man in charge of the only good element of Vice is accused of having terrible vices of his own — including promoting a “toxic” culture of sexual harassment at the company.

The company confirmed with the Hollywood Reporter over the weekend that it suspended Jason Mojica, who is accused of sexually harassing a former employee. Mojica led Vice’s documentary film unit, and was formerly editor-in-chief of the magazine. He has been suspended amid an investigation into claims that he singled out a former employee by sexually harassing her repeatedly.

The Daily Beast article on Wednesday provided extensive detail into the company’s “unsafe and just plain dirty” culture of sexual harassment. In the article, former employee Phoebe Barghouty alleged that Mojica, who was then the editor-in-chief, would often talk about sex in front of her, invite her to his house where he waited shirtless, and often touch her back and thigh “in ways that he didn’t touch the other employees.”

Barghouty also claimed that Vice’s bureau chief Kaj Larsen grabbed her arm once and said, “If you’re going to get anywhere with these Vice guys, you’re going to have to be a lot sweeter.” The Daily Beast spoke to other employees who backed up her claims about the company’s culture.

A Vice spokesperson defended the company in a statement following the article’s release. “We do not tolerate harassment, abusive behavior, assault or retaliation and we will discipline anyone who engages in such conduct through a range of actions, including termination, as appropriate,” he said on Wednesday. “We have immediately begun an investigation into this matter.”

In October, multiple female employees came forth with allegations of rape and violent sexual abuse against a Vice News contributor. Breitbart reported that Michael Hafford, a self-avowed “male feminist,” has been accused of beating up his coworker, Helena Donahue, when they went on a date.

Donahue said she “blacked out and woke up like this,” and posted pictures of the bruises she received from the chest up, implying that she received more wounds.

Following her allegations, three other women stepped forward, including Deirdre Coyle, who claimed that Hafford physically forced her to do cocaine during sex; and another who said that he choked her out until she passed out and punched her repeatedly in the face. Journalist Abby Carney wrote, “I too was forcibly entered and choked by the same male feminist.” 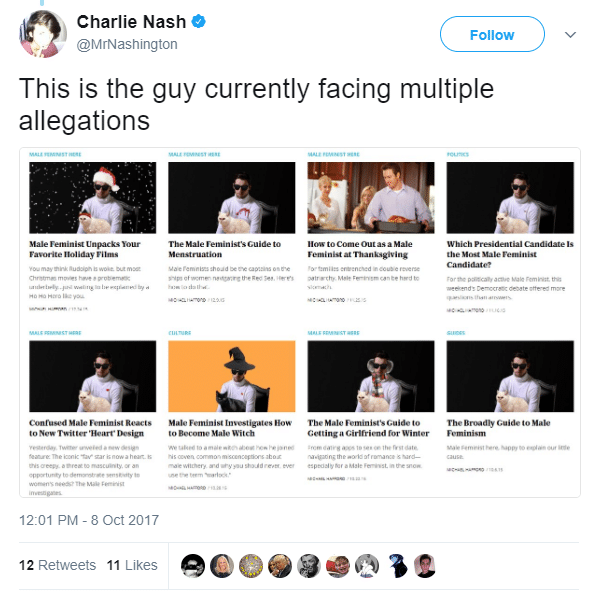 The report in the Daily Beast has since prompted the staff of Waypoint, Vice’s gaming vertical, to issue a statement distancing themselves from their peers.

“When we came here, each of us had our own reservations about VICE. We have all, publicly or privately, spoken about our desire to be a force of positive change at VICE, a company which we believe has both a torrid history and a great deal of journalistic excellence,” wrote the editorial staff. “In light of the Daily Beast’s story, we have realized how important it is that we not only push for change in private, internal meetings, but that we also must use our platform to publicly hold accountable our own workplace.”

Liberals have a tendency to only hold themselves accountable when they’ve been found out.