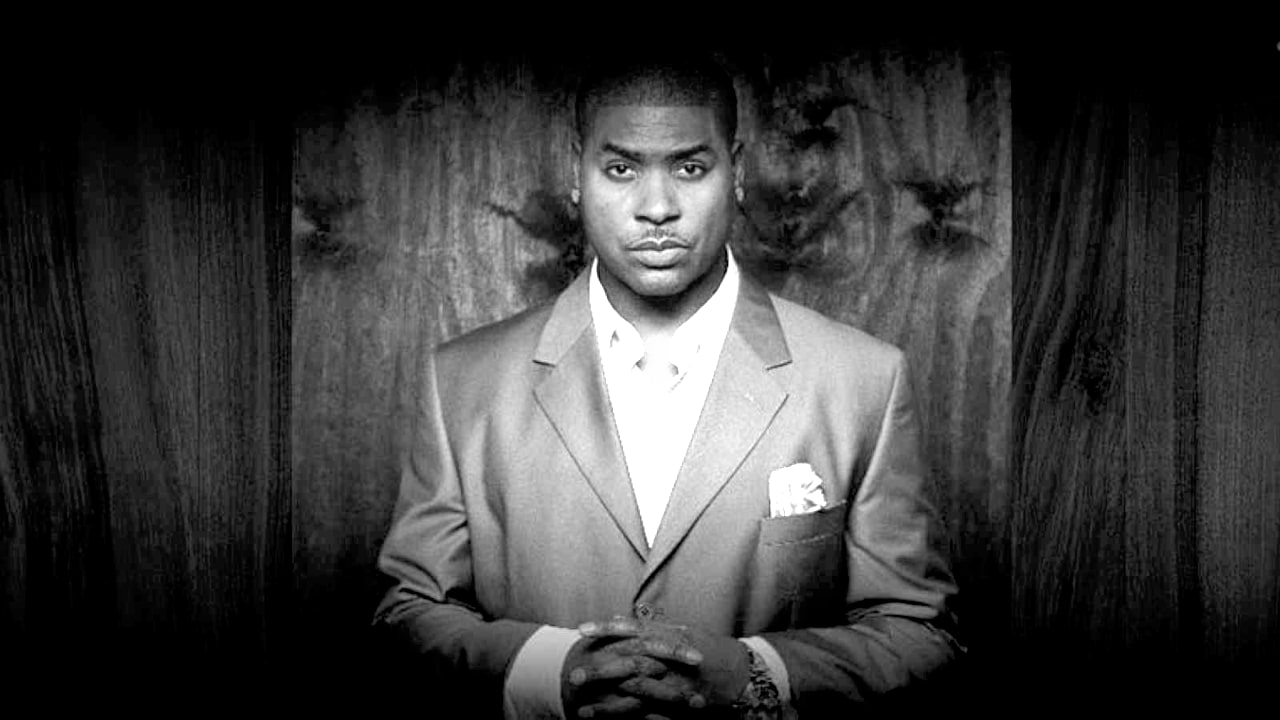 Prominent liberal thought leader and filmmaker Tariq Nasheed has a unique take on Hurricane Florence: white rescue crews, triggered by a racist hand signal sent over the TV, are secretly rounding up and killing black people during disasters. 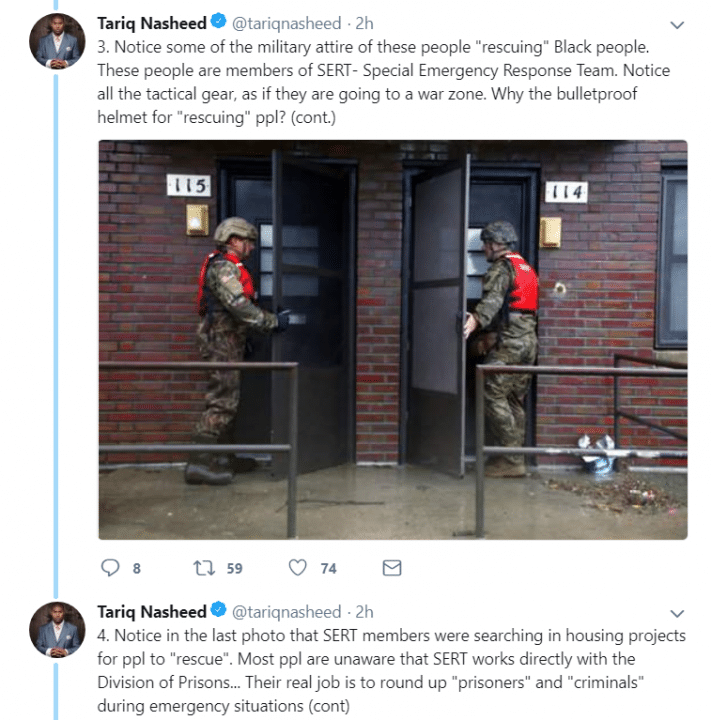 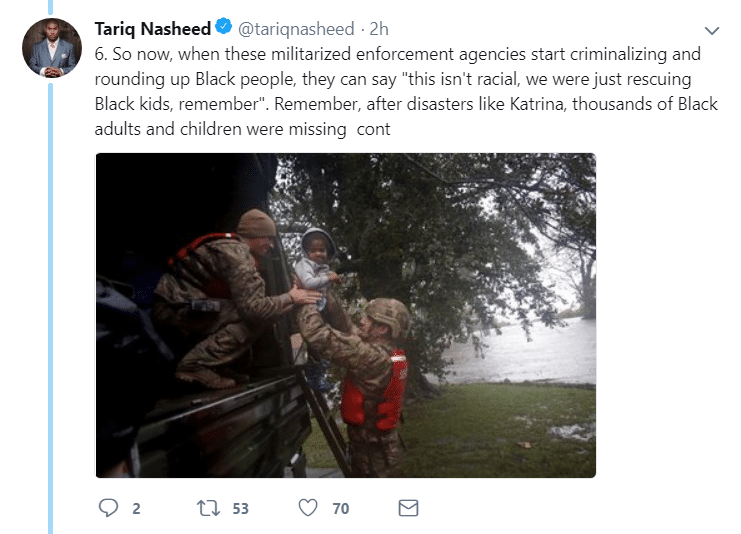 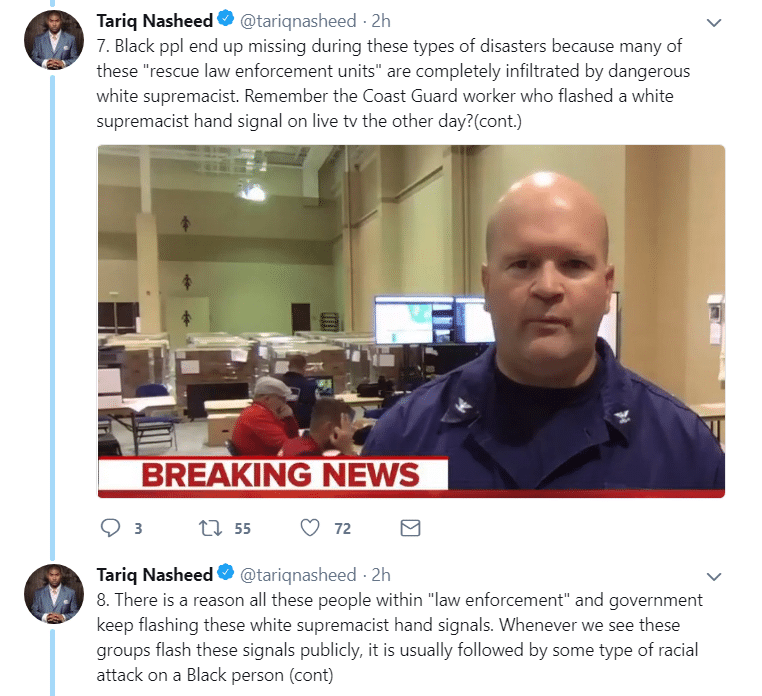 The theory was laid out in a Sep 16 thread of tweets which also noted that reporting on looting is racist. 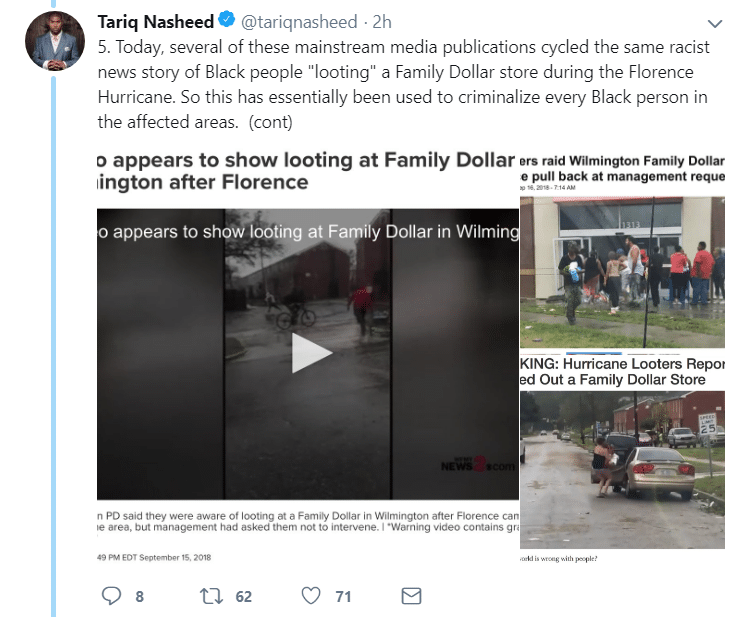 ACSO SERT seems to be the main actor in the racist conspiracy. 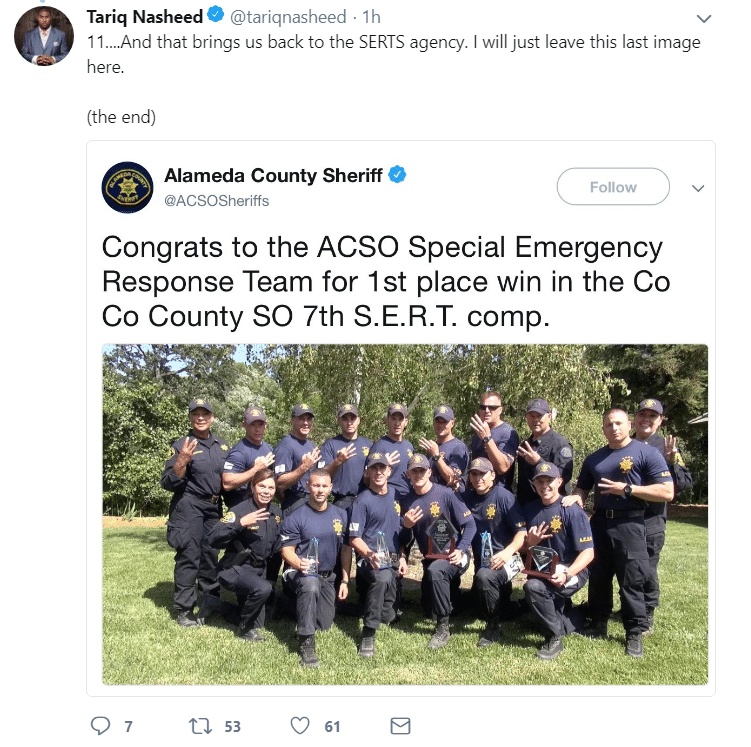 The public’s response to Tariq’s discovery was mixed. While many thanked Tariq for opening their eyes, less open-minded twitter critters accused him of wanting black people to be left without rescue.

Tariq elaborated on the theory on his YouTube channel, where he hosted a livestream titled “Tariq Nasheed: Is Hurricane Florence Being Used For A Natural Disaster Purge?”

Tariq Nasheed is a prolific left-wing creative and frequently quoted intellectual. His TV appearances include The Tonight Show with Jay Leno, Late Night with Conan O’Brien, MTV’s Made, and the TV series Joe Gets. When not touring colleges he can often be found publishing important ethnosociological works such as The Art of Mackin (New York Times bestseller), Play Or Be Played, The Mack Within, The Art of Gold Digging. He is currently working on the documentary series Hidden Colors and his net worth is $2.5 million, which is more than yours by a factor of a lot.

10 hilariously stupid products everyone knew would fail, and then they did

True story: how I blew a 500k settlement on booze and prostitutes

Hurricane rescue workers deserve credit for putting their lives on the line during emergencies.

i love how delusional you fuckers are.

I can confirm that rescue operations avoid blacks and will preferentially rescue asians who are thought to contribute more. This is the origin of the phrase “If it’s yellow let it mellow, if it’s brown flush it down.”

Rescue worker here. Ironically, it is blacks (and hispanics) that were shooting at rescue workers last year. The coast guard and police were attempting to disarm rescue workers and private citizens before allowing them to go out. They knew we could get shot and our boats stolen and sold in mexico, but they didn’t do shit to help us, just demand us o take them to their drug dealers so they could check on their assets.

Secondly, after moving them to san antonio and cutting everyone a $25,000 check, they knew how much the others have as well. That then triggers a massive war between everyone in the new city. I’m talking shootouts, muggings, armed robberies. The first thing they do is buy guns, illegal guns, stolen or given from police surplus, then they go and rob each other. Your city will average about 2 murders a day and a hundred robberies and home invasions. They added about 100 murders from Sept to December last year in san antonio.

I found an anonymous 4chan confession post related to this. Credible?

It’s caused by a number of things. They mostly live in crappy trailers, on flood plains below the water level, and don’t really understand what that means. ‘Course, they don’t really understand that much of anything, but some instinct tells them to head for high ground. Ain’t so much of that round here, so they climb their houses for all the good that does them.

That’s when all the little boats come out. That’s when the fun begins.

We tell them to jump, when there’s clear 20 foot of water between them and the boat. We make them swim for the boat, and then gaff them like tuna. The creatures of the river will hide all the evidence. Most corpses are never found. The ones that are retrieved aren’t examined all that closely. Any impaling damage, if ever found, would be assumed to be a tree branch in the flood.

And when a boat goes out to ‘help look for survivors’ and comes back empty, nobody says anything. They don’t need to. They didn’t find anybody either.

If you read 4chan, you are a racist.

Something going on thats for sure 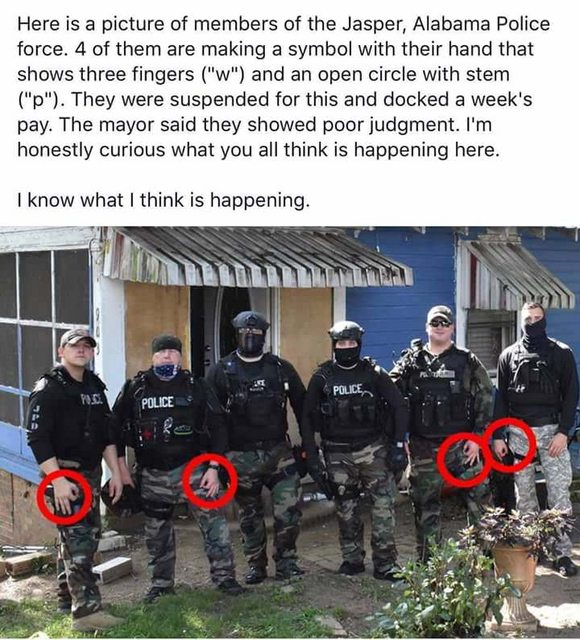 I keep telling you folks. How much more proof do you need? 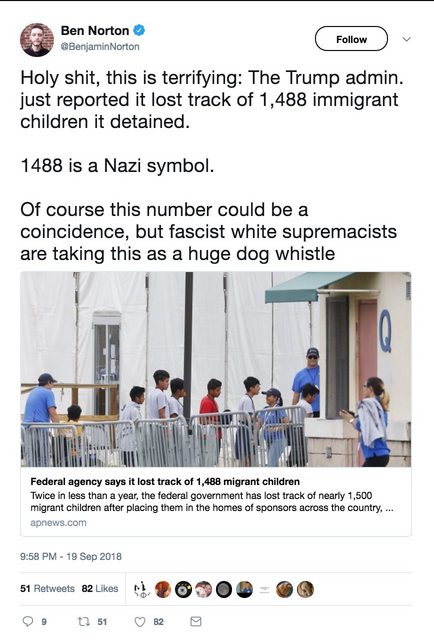 And here is the leader of the white people openly admitting it’s the damn dogs they care about! 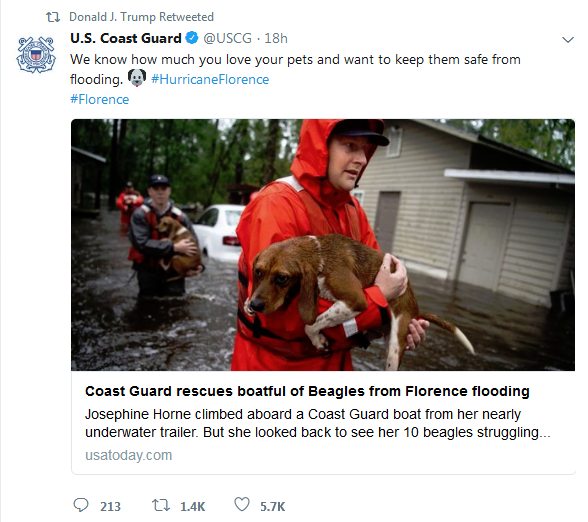 Most of those “White Supremacists” probably don’t even know who David Lane is and how that criminals name is relevant to that number.

Are you sure they just aren’t hiding from authorities with the Jordans they stole?

hello fellow yak tender, I see you too have an appreciation for research

I read about a young african american man that took a bunch of nike airs to quickly study and reproduce the technology and create special shoes able to skip across water. In such times the most innovative minds shine.