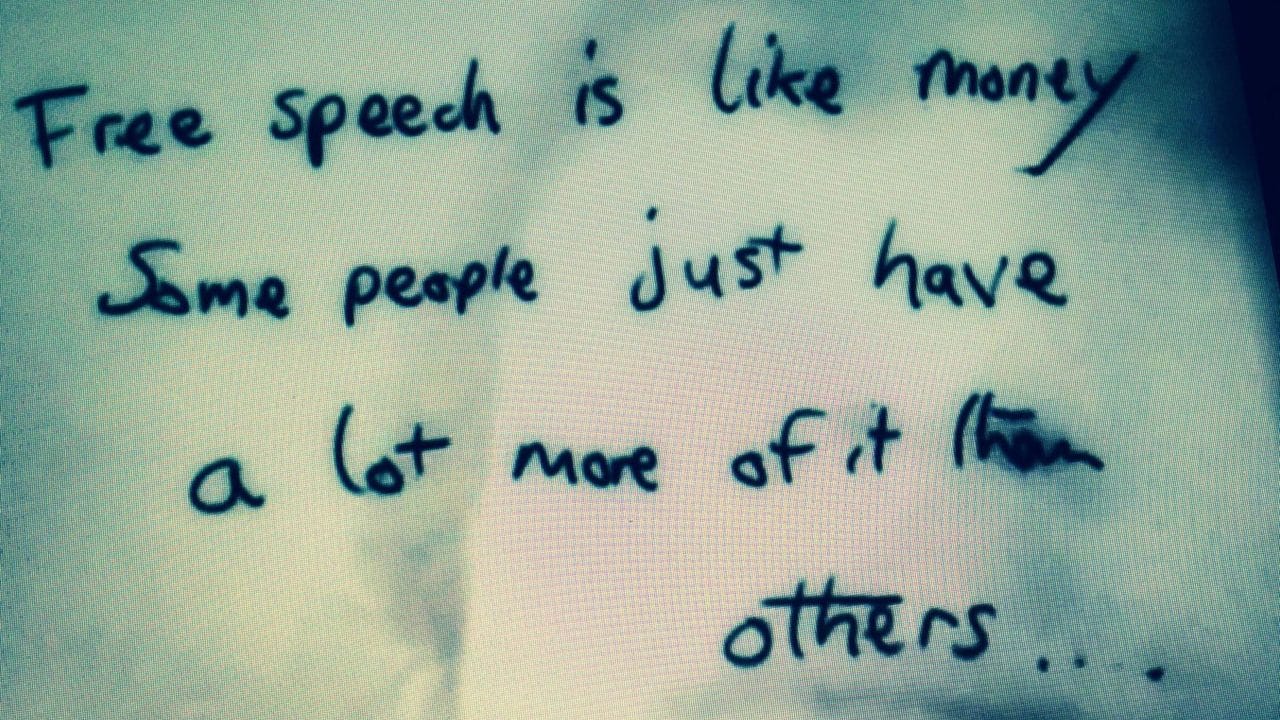 A Swedish woman upset by ISIS news posted the “How to make a muslim” meme to a Facebook group in spring of 2017, and now she’s facing up to two years imprisonment.

The person who reported her to the authorities — he or she is identified only as “Johan Erikson” — complained that the 32-year-old woman’s meme was an “expression of hate and/or mockery of a demographic,” and included information about the woman’s age, place of residence, as well as her mother’s identity.

The police began a preliminary investigation and summoned her for interrogation at the Ernst Fontells Plats police station in Gothenburg in late January this year, where they also had her DNA taken for the national register.

The woman’s appeals for mercy fell on deaf ears. “I read a lot and had seen documentaries about ISIS and how they treat people. I had no malicious intent. And I had a fever.”

The interrogators quizzed her on her position on Sweden’s multicultural experiment, and whether she had anything against muslims. “No, I don’t. But I am against ISIS, the extremists. My best friend is muslim so I don’t mind muslims,” answered the woman.

But prosecutor Sara Toreskog at Göteborg’s Prosecutor’s Office saw things differently and chose to put the woman on trial for “hets mot folkgrupp” (mockery of a demographic / hate speech) — a hate crime punishable by up to two years in prison.

According to prosecution, the 32-year-old woman is guilty of “religiously motivated demeaning expression about muslims.”

The Swedish newspaper Fria Tider has unsuccessfully tried to obtain a comment from prosecutor Sara Toreskog for several days.

The 6 types of girls on a reality dating show

Are you being followed?

[…] was drunk, and he probably got off with a fine, but the video is a helpful reminder that freedom of speech is a radical concept and currently allowed by de jure and de facto law only in […]

Incorrect. Cloudflare’s Cache Everything at the fastest setting (30 min) delays everything up to 30 mins. I had to enable this cache when the Linux article went viral because the server flunked out from resource overload without it. WordPress is a horribly inefficient CMS.

I want to believe this is fake news, partially because of the fact that this article appears on no other site. But with the extremity of the thought police getting more severe every day, something like this wouldn’t surprise me… Sigh.

I read about it a long time ago.

That’s a hostel, used to be a Prison.

If she’s sentenced to jail, she’ll most likely sit of her sentence at Hinseberg(where female convicts go to jail).

Also: there’s a similar joke about how an Iranian Mullah is made.

this is the kind of shit id invade sweden over.

im about to dox everyone at lulz lmfao

How to make a muslim – The Fenland Conversation

Swedish Woman Imprisoned For A meme |

Americans love to be smug about this kind of stuff, but they don’t have freedom of speech either.

>Beauharnais v. Illinois, 343 U.S. 250 (1952), was a case that came before the United States Supreme Court in 1952. The result was that an Illinois law making it illegal to publish or exhibit any writing or picture portraying the “depravity, criminality, unchastity, or lack of virtue of a class of citizens of any race, color, creed or religion” was upheld. It is most known for giving a legal basis to some degree that forms of hate speech which may be deemed to breach U.S. libel law are not protected by the First Amendment.

>The defendant in Beauharnais distributed a leaflet “setting forth a petition calling on the Mayor and City Council of Chicago ‘to halt the further encroachment, harassment and invasion of white people, their property, neighborhoods and persons, by the Negro.'” His criminal conviction by the trial court was sustained by the Illinois Supreme Court which the U.S. Supreme Court upheld after rejecting the Fourteenth Amendment Due Process challenge.

>In his opinion Justice Frankfurter argued that the speech conducted by the defendant breached libel, which is reasoned to be outside the protection of the First and Fourteenth Amendments.

If this keeps up we’ll have a war. That’s okay. Our Founders did it.

Really? This site censors the name of the fellowship as “garden gnomes”? Telling.

Correct, we haven’t been perfect, but keep in mind this was 1952. Our free speech laws have progressed a lot since then. This was also at the time when there were stricter obscenity laws and extreme media censorship. Research the “Hays Code” to get a picture. Also, we also had laws at the time which jailed people such as Eugene Debs for criticizing WWI/WWII on grounds of traitorism, and don’t get me started on the Red Scare of the 1950s. Being a communist, socialist, black, a woman, or non-traditional in any way practically gave you no rights.

However, the America now is NOT the America then, despite a few morons trying to push us back in time. It is sad how often the First Amendment has been overlooked, but we have it pretty good in 2018, despite the Miller test being in effect, although this is rarely enforced anymore (as you can see by 1/3rd of the internet being made up of porn). We’re also one of the only countries I know of that don’t have “hate speech” laws on the books, which means we’re free to post these memes and have opinions about race. That’s saying more than mostly any other countries, and no country today has free speech laws as strong as the United States. I guess this just begins to make up for all our other problems, however. 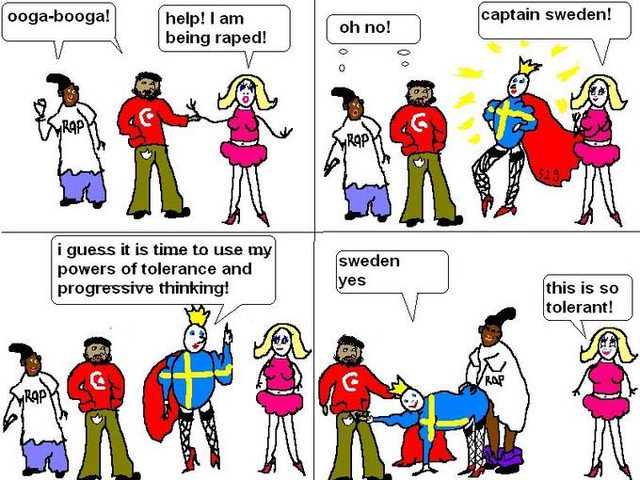 >Progressive utopia has a DNA register of thought-crimers
Of course.

You could serve 2 years for an offensive post, but won’t serve a single day if you’re a rapist that happens to be muslim/brown.

Don’t you barbarians have any free speech advocates?

Well their bullshit hate speech laws give them basically unlimited authority to arrest people for their thoughts, as long as they offend someone.

That’s what happens when you don’t fight for your rights. They’re taken from you. I can post this where I live. I think….