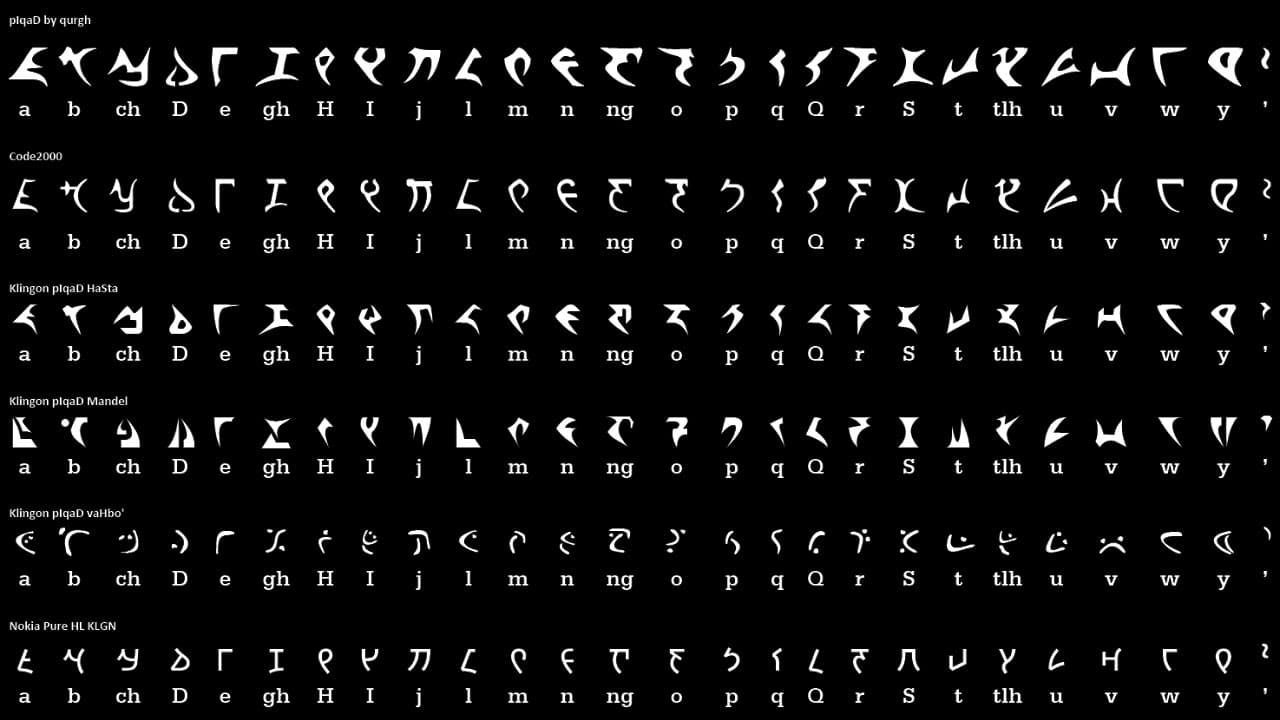 When 29-year-old Michael J. Roney happened upon the audio cassette, “‘Star Trek’ Conversational Klingon” at a discount book store in 2002, he was oblivious to just how integral it’d be to his future. But for just $1, it opened the door to his study of Klingon, the alien language from “Star Trek.”

Fast-forward eight years, and Roney is a professional Klingon translator who gets to travel the globe to provide his unique talent to a variety of companies and organizations.

“[The job] started slowly,” Roney tells us. “A few years back I consulted on a T-shirt project … then I did some volunteer stuff for Google.”

In the spring of 2009, he landed his first major gig with a company called Sophos, an anti-virus and security software organization based in Massachusetts and the United Kingdom. Because of Roney’s knowledge of the “Star Trek” tongue, Sophos users can now protect their computers using Klingon as their language of choice.

So, basically what we’re saying is this: Roney, whose Klingon name is “NaHQun,” gets paid to translate English into Klingon. He’s also a member of the Klingon Language Institute (KLI), the Klingon Assault Group (KAG) and The Empire (TE).

Unsurprisingly, Roney tells us that people have a hard time believing he makes a living with his Klingon expertise.

“People have a hard time accepting Klingon as a real language,” he explains. “They get even more confused when they realize that I’m making money off of this.”

Regardless of the confusion, the Klingon language appears to be gaining momentum. In addition to his work for Google and Sophos, Roney has worked with the Jenolan Caves to provide cave tours in Klingon. He also worked on a project in San Diego that replaced all the English on one of their trolley stations with Klingon for the recent Comic-Con.

This all begs the following question: Is getting a paycheck for speaking Klingon the coolest or the nerdiest job ever?

We’ll let you be the judge of that, but we’ll close with one last quote from Roney:

“I get paid to do my hobby. Isn’t that, like, the ultimate goal?”

15 video games that are still damn near impossible to beat

How to get the most out of online dating

Things school doesn’t teach you about money—but should – LULZ

[…] You could do 3D printing on Fiverr, or sell custom writing via an essay agency. You could sell Klingon translation services to hipster companies. If you have an entertaining personality, or the ability to invent […]

Rock on KAG! I’m a combat vet of the Iraq war OIF/OEF. These folks have fun and the spirt of the warrior mind set is there even if the physical stature is not. Lighten up, how many dorks sit in their lazy boys watching other people play sports. Yelling at the TV like they’ve been there or evry played a sport other than high school. This guy get paid to do what he likes and it helps keep people’s files safe.

I’m 46 now but I remember WAY BACK WHEN in my early teens having a paperback that was English to Klingon that I belive came out shortly after Star Trek the Movie, so it’s been around for that long. I had also remember hearing back then to that it was being taught in some Ivy League Schools don’t remember which one’s tho..

Clearly, this guy has never ever been LAID!!!

Got laid last night.
And I have two children…

Is getting a paycheck for speaking Klingon the coolest or the nerdiest job ever? Oh, hell, yeah, Klingon Translator is pretty high on the nerdometer, but if he’s happy doing the work and makes enough money to support his way of living, then that makes it pretty cool, too. But can’t you just imagine his poor parents telling others their son is a Klingon Translator? Sounds like their son is about 7-years-old, or is confined to a State asylum! Ahh haa ha! Some children get to embarrass their parents for a lifetime!

Angiebaby, maybe they just leave it at “he’s a translator”? Or better still “he’s a translator and he loves it”? I think it’s that last part that really counts. Now if I could just find a way to put my Psych and Anth degrees to use as a consultant telling international companies when it is and isn’t acceptable to violate the Prime Directive…