A peer-reviewed paper recently published in the International Journal of Social Robotics argues that sex robots should be programmed to decide whether or not they consent to their owner’s sexual advances.

University of Wollongong PhD student Anco Peeters and Radboud University Professor Pim Haselager say that the move would help the “cultivation of compassion.”

“Like consenting humans, a robot and its human partner will have to communicate carefully about the kind of interaction that will take place,” Peeters and Haselager write. “And like in a relationship between humans, this communication could potentially result in the robot sometimes not consenting and terminating the interaction.”

The internet wouldn’t have it, and have been mocking the proposal on social media all day.

“Man, between this and fictional characters, it seems like feminism’s next frontier will be making sure that inanimate objects that remotely resemble women have more rights than living, breathing men,” one Twitter user said.

Man, between this and fictional characters, it seems like feminism's next frontier will be making sure that inanimate objects that remotely resemble women have more rights than living, breathing men.

Other users mentioned that “consenting sex robots” will actually normalize non-consensual sex — it’s not illegal (yet) to “rape” a robot.

“I’m no expert here, but wouldn’t programming them to always consent more effectively prevent the normalisation of non-consensual sex?” a Twitter user noted.

I'm no expert here, but wouldn't programming them to always consent more effectively prevent the normalisation of non-consensual sex?

“Ok, so the robot says no and they go ahead and sex em up anyways, that normalizes rape. The robot that never said no isn’t getting raped,” asks another.

Ok, so the robot says no and they go ahead and sex em up anyways, that normalizes rape. The robot that never said no isn't getting raped. O wait, it's a robot, I'll do what I want with it.

Feminist ire for sex toys for men isn’t a new phenomenon, with some feminists attempting to outright ban all sex dolls bearing a female likeness.

“Let’s be clear. There is nothing harmless about ‘sex dolls.’ They represent the ultimate debasement of women,” Walker wrote.

LULZ reached out to New Real Peer Review, a group that exposes academia’s most laughable output, and they said that feminist fear of men’s pleasure is nothing new: “The general idea that men consume media that makes them worse people and especially bad with regards to women dates back to old time radical feminists like Dworkin and the alarmist low-quality science of one Cline (a big fellow back in the day, now deservedly forgotten).”

Robots.net has previously reported that Japanese sex clubs have already started employing robots, and meanwhile RealDolls’ Abyss Creations — who recently showed off ‘Solana’ at CES ’18 to great reviews — is based in California. Are we going to see an arms race between feminist and Japanese sexbots next?

What do you think? Let us know in the comments. 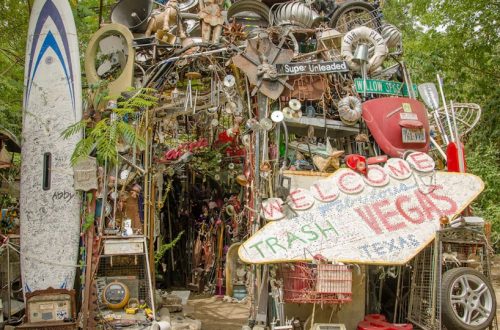 The joker brokers: a tale so stupid it can’t be a lie

What’s to stop people from just disabling the consent modules?

Good chance they criminalize robot rape with hefty 15+ year sentences , Australia is already going for 10 year sentences for sexdolls that look under age.Both of these things (regardless of what you think of them) are by definition thought crimes both absent a real victim and proven real world intent. IMO if you don’t speak against the concept of thought crimes on the basis of “well that doesn’t affect me” you’ll find yourself not having anyone to complain to when they do find a reason to come for you.

Incel fetishism on one end, sexbots rights on the other.
My christian conservative friends says that making robots human shaped is the mistake, maybe that’s the only way out.

Next, I’ll have to get consent from my hand.

Imagine getting rejected by a machine specifically created for gently caressing. The promised salvation of incels will turn out to be their ultimate humiliation.

Seems fair to me. Why would you want to rape?

that way fatties can’t use them