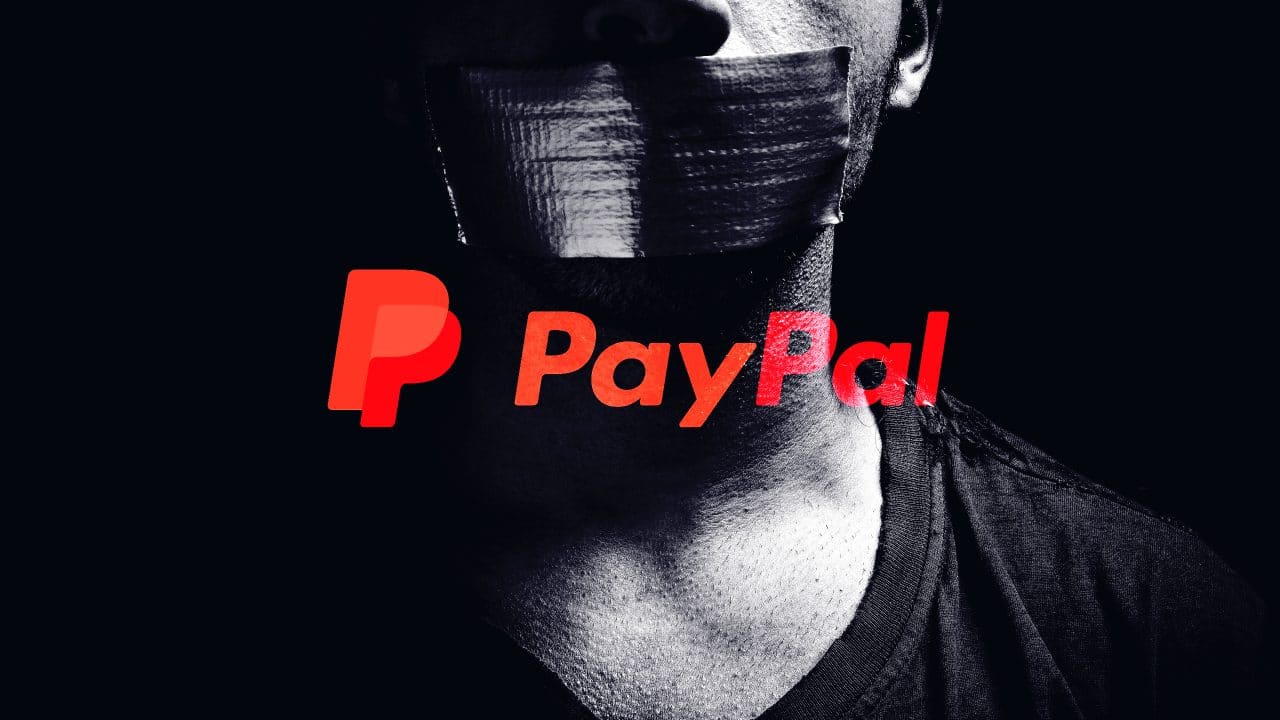 PayPal has banned BitChute, YouTube’s main free speech oriented competitor, from its service. According to BitChute’s statement, the ban appears to be permanent and final and the only thing provided by the online payment giant in way of a reason is a mention of its Acceptable Use Policy and their we reserve the right to refuse service to anyone for any reason clause. 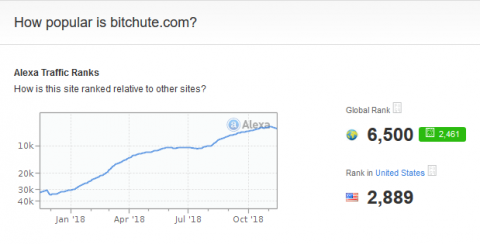 The move is a powerful blow against the rapidly ascending video platform, as PayPal subscription payments from supporters had been its main source of revenue.

“It’s our belief that it is our stand against the current trend in censorship that has resulted in this action,” the statement adds. “BitChute is pro-free expression which is a universal human right. Furthermore, censorship and deplatforming are poor ways to tackle societal problems as they merely create echo chambers that can lead to bigger problems in the long run.”

And while the press is happy to report on BitChute’s PayPal ban and dispatch some passive aggressive remarks — it hosts Alex Jones, after all, who the tech corporations infamously unpersoned in a coordinated strike ahead of the midterm elections — it does not seem to want to report on the bigger story.

The online money processing giant is systematically and severely sabotaging businesses, platforms, and people deemed inconvenient to the left generally and a small circle of established social media giants specifically.

Take the case of Twitter’s chief microblogging rival, where a mass shooter with a Gab account was used as pretext for the ban(s). The social media giants, of course, don’t suffer any such issues when the nutters are invariably found to have accounts with them. The latest mass shooter at Thousand Oaks, CA was even posting to Instagram during his murder spree.

Then there is the concerted digital shanking of American truth to power icon and meme machine Alex Jones (also InfoWars), in which PayPal played its part. While eccentric at times, Alex Jones has never aired anything this author is aware of that could reasonably be called “hate speech.”

And Jamaican political commentator Desi-Rae, who PayPal deplatformed for apparently no reason except her belonging to a class of people — black, female conservatives — which particularly angers left-wing strategists. PayPal’s even been messing with former president Obama’s own Trump supporting half-brother, Malik Obama.

Just a week or so back they got VICE co-founder and funny internet uncle Gavin McInnes, as well as his “western chauvinist” men’s club Proud Boys.

PayPal even has the audacity to ban supporters of UKIP, a major and legitimate British political party. The problem is so persistent that Gerard Batten MEP has taken it upon himself to have the issue addressed by the head of PayPal.

There is no comparable list of jihadists, Black separatist or militant groups, anarchists, communists, or other questionable left wing organizations or persons that this author was able to find. Not one.

Let’s be very clear. PayPal is — along with fellow tech monopolies Facebook, YouTube, and Twitter — conducting high tech warfare against any voice which dares to dissent against the left and their increasingly centralized stranglehold on the flow of information.

And hopefully starting an information war of their own — to get Trump to address the issue, which is beginning to take the shape of an existential one.

How to survive a royal beating

20 vintage ads that will make you squirm, possibly cry

The sexiest thing in the entire world is being really smart. And being thoughtful and being generous. Everything else is crap. I promise you. It’s just crap that people try to sell to you to make you feel like less. So don’t buy it. Be smart. Be thoughtful and be generous. 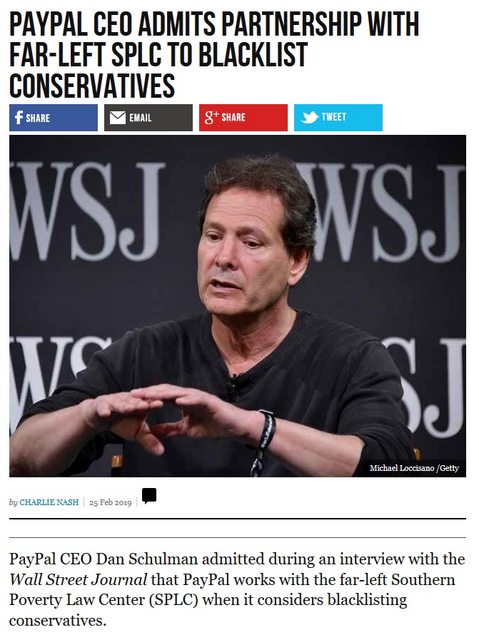 […] Many have found ways to get around demonetization on platforms such as YouTube by going to platforms such as Patreon and others that allow supporters to directly support content producers. Patreon is also caving in to social justice warriors’ demands and quite a few content providers have been purged from that platform. Worse yet, payment providers like PayPal are also acting on these pressures, and cutting off the financial lifeline to content producers and platforms like BitChute. […]

Our Free Speech is being destroyed by Paypal, Google,
youtube, in fact youtube ‘disappeared’ me and thousands
of others from their site, they give NO REASON,
they are held to NO STANDARD, they have become a
‘public utility’ yet are tyrannically abusive.
I think some of you can now see how tech (paypal) can literally
starve us to death, they will draw us into a cashless society
and cut off our only method of paying for food, because
our ideas don’t suit their ideology.
Note; Google has consolidated and expanded, remember
how they started getting us to use one sign in for ‘everything’,
sounded reasonable and helpful, lol, well now I know why
they do that, they can completely ruin your life, sight no
reason , no infraction, no warning, just shut your life down
because your views aren’t theirs. Liberals are to blame
today, but tomorrow it will also be The Right, just depends
on who is in charge, and if they are not Constitutionalists
or those that believe in the human right of free speech ,
the constitution and Freedom , we will see the death of our
society.

I think suddenly labeling a private enterprise a “utility” and forcing them to abide by a set of rules and regulations that limits what they can do just because they’ve become big, popular, and profitable is equally dangerous. Especially if it’s a mere entertainment site like YouTube. If you don’t like it, nobody’s forcing you to use it. There is life outside of Google, and there are many alternative methods of payment outside of PayPal.

SINK BIG TECH!
Break up their monopolies, give them all the Ma Bell treatment. And if they dare censor, label them as publishers and make them legally responsible for all their content.

So this is the power … of the free market.. woah

Fuck the free market at this point. 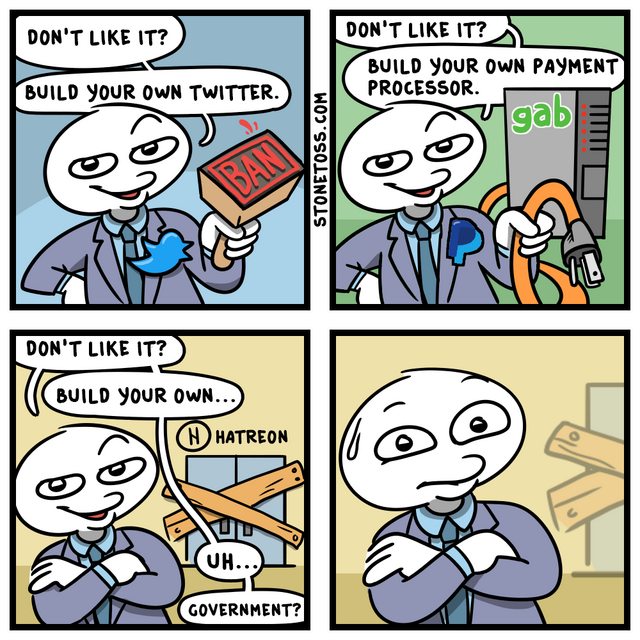 The power of the free/open market is that somebody else can come along and capitalize on the dissent by building an alternative product that challenges what’s already in place and trying to take over that market. You want a free market, and the free market is the reason why you still have a choice not to use Google. The alternative is Google being the one and only state-sponsored product that you are forced to use so they can control and monitor what you buy, read, write, think, feel. In other words, look up “People’s Republic of China”. Don’t confuse yourself.

When did payment processors become the moral judge, jury, and executioners of our lives and captain of our destiny? And the left cheers it. Someone traded out all their anti-corporation hippies with demented racist bigots.

this problem is a great opportunity for bitcoin to snatch defeat from the jaws of victory: an uncensorable exchange medium and organisations currently being surpressed won’t touch it.

Cashless’ is dangerous, crypto is also hackable like
all things, but once we let cashless take over it will
be just like paypal, they will decide who eats and
who doesn’t based on their whim.
In my view, which is shared by Catherine
Fitts, bitcoin is possibly a CIA backed crypto, and if
not , you know for a fact back doors will or are already
built in, the government will never allow cryptos to
continue without their control.

>tinfoil hat
well i’ve heard enough, clearly ted is wrong about glow in the darks doing shady things
double dumb ass on you ted for implying a government intelligence agency might lie or conceal the truth
everyone shame ted

Bitcoin is rife with market manipulation and an utterly unpredictable value.

All the more reason to get conservative websites to use bitcoin and cryptocurrency instead. Also conservatives (and anyone really) need to use IPFS and self-hosting instead of assume big tech companies Microsoft, Google and Amazon aren’t going to kick them off their servers when they feel politically motivated.

It’s a private company and the free market. We can’t abandon our principles just because of temporary inconvenience. BBuild a paypal alternative and knock them out of business.

What a stupid bit of advice. Absolutely idiotic if you understand how interlinked all these companies are.

When your lights go out, build a power plant and
supply your own.
When a cashless society cuts off your payment methods,
you starve to death, so what , you should have started
your own farm 10 years ago. ☺

Very true. There are already alternative products out there even. The alternative to the free market is heavy regulation, which means an even bigger, more powerful government which would greatly amplify what everybody’s bitching about here in the first place by causing even more “interlinking”, centralization, and monitoring of everyone and their data. I don’t get how people here can have such a retarded, knee-jerk reaction against the free market.

What if the post office makes a payment processing service, they already do money orders so bring it into the digital age.