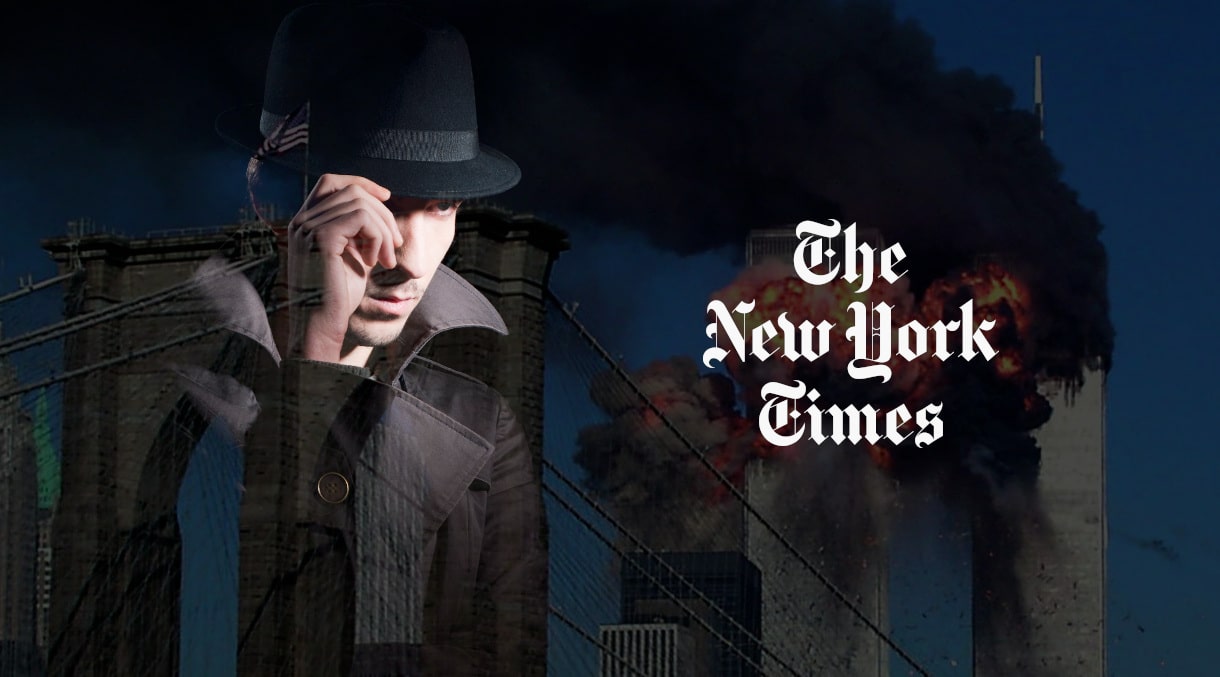 The New York Times today blamed airplanes, and not terrorists, for the attacks on September 11, 2001. Instead of naming the hijackers and their radical religious agenda, the publication wrote that “airplanes” carried out the attack that changed the world forever. 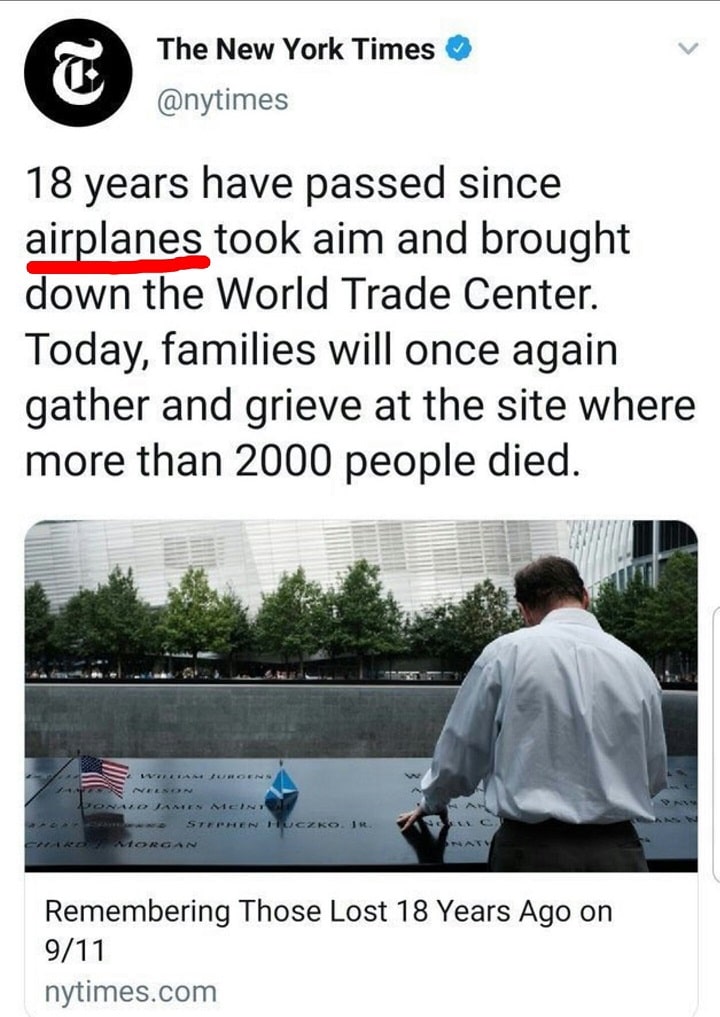 In a tweet, as well as an accompanying article, the Times stated that “18 years have passed since airplanes took aim and brought down the World Trade Center.” The implication is that self-flying, autonomous airplanes aimed themselves at the Twin Towers and took them down. The article, penned by James Barron, used the same language.

History of course shows that Middle Eastern hijackers affiliated with Al Qaeda, a radical Muslim organization, were responsible for the attacks.

The New York Times’ Twitter post was quickly ratio’d by commenters who took issue with the language, prompting the publication to delete the tweet and alter the piece.

The updated article now states that “eighteen years have passed since terrorists commandeered airplanes to take aim at the World Trade Center and bring them down.”

The New York Times deleted its poorly-worded tweet (and article, which has been updated) about 9/11. Those planes did not fly themselves. pic.twitter.com/CFN0qcB85I

I thought assault box cutters did it

And they used box cutter crimes to oppress shoe-kind. Typical.