Social media now has an out in the open pedophile movement pushing to (among other things) add P for “Pedosexual” to the LGBT acronym, and it’s being led by pedophile expert and Director of the Toronto Sexuality Center, Dr. James Cantor. Cantor also believes necrophiles and zoophiles should be LGBT-included as well for good measure.

Twitter — of course — is taking them seriously. We’re not making any of this up.

Speaking as a gay men, I believe we SHOULD include the P. To do otherwise is to betray the principles that give us our rights.

Beautifully put response from a gay men about why our ethical principles require us to add P to GLBT. https://t.co/0RqNjByV6E

But Cantor is not merely a prominent figure in the movement, he’s the one responsible for pedophiles enjoying special protected status on Twitter.

Last year, he wrote a letter to Twitter’s Trust & Safety Department that urged Twitter to restore the suspended accounts of all “Minor-Attracted Persons” (MAPs). The letter warns that if pedophile accounts are not restored, they might not be able to help themselves and could end up raping children in the real world.

We write to you as clinical and forensic psychologists, sexologists, sociologists, child protection workers, journalists, writers, and digital rights advocates, with a shared interest in working towards the reduction of the incidence of child sexual abuse. We believe that Twitter has the potential to be an important ally in this battle; however, we are concerned that Twitter’s recent suspension of the accounts of prominent anti-contact, non-offending pedophiles may have been a knee-jerk response to uninformed public pressure, rather than a reasoned decision made in the best interests of children.

A common misconception is that pedophiles and other people attracted to minors are bound to sexually offend against children, and that pedophilia is defined by the act of child sexual abuse. This is not the case. In fact, many pedophiles, despite being sexually attracted to children, are able to successfully resist the temptation to commit acts of abuse because they know that doing so would be wrong. For many of them, however, avoiding offending depends upon a network of support from family, peers, and professionals.

Many of us have worked with a group of such non-offending pedophiles, also known as anti-contact MAPs (Minor-Attracted Persons), in a peer support network called Virtuous Pedophiles (@virpeds), as well as in other support networks. Recently, a prominent member of Virtuous Pedophiles, who goes by the pseudonym Ender Wiggin (@enderphile2), had his account permanently suspended by Twitter. At least one other member of the same network, Šimon Falko (@simgiran), also had his account permanently suspended around the same time, and a number ofother accounts of non-offending, anti-contact MAPs have since been permanently or temporarily suspended.

We acknowledge that Twitter is at liberty to terminate the accounts of its users for breaching its terms of service, and we strongly agree that any Twitter users who advocate for sexual contact between adults and children would be appropriate candidates for such suspension. @enderphile2 and @simgiran were not such accounts; on the contrary, both have always used their accounts to speak out against sexual abuse, to help their peers avoid offending, and to help reduce the stigma associated with pedophilia that prevents many pedophiles from seeking help if they need it.

In our professional opinions, terminating the accounts of non-offending, anti-contact MAPs is likely to result in the opposite effect of that which Twitter may expect or intend. Rather than reducing the incidence of child sexual abuse, if anything, it increases the risk that some pedophiles will be unable to obtain the peer or professional support that they may need in order toavoid offending behaviour. It is also likely to increase the stigma and isolation associated with pedophilia and thereby increase the likelihood of some MAPs acting on their sexual feelings.

We respectfully request that you reconsider your suspension of these accounts and, going forward, take into account what might be the unintended consequences of your policies towards the suspension of the Twitter accounts of anti-contact, non-offending pedophiles.

Yours sincerely,
(An asterisk indicates that the endorsement is given on behalf of the listed organization; otherwise, affiliations are shown for identification only.)

Sheila van den Heuvel-Collins
Author of To Be Human Again

Twitter gave in, and the pedophiles were back in abundance.

Surely this is a better deterrent than promoting products which may end up tempting a pedophile to rape an actual child when they get bored of the plastic. Anyone with such depraved sexual urges needs to be stopped dead in their tracks, not teased and affirmed.

The other alternative also not spoken about by Cantor is the Canadian equivalent of a Coalinga State Hospital in California. This was featured in Louis Theroux’s documentary “A Place for Pedophiles.” Coalinga is a secure facility where convicted pedophiles who have served their sentences are housed in comfortable dormitories, confined away from society where they will never have an opportunity to destroy a child’s life again.

But back to Twitter. With Cantor successfully getting the pedophiles their Twitter accounts back, the first thing they did was advertise their depraved desires to each other with hashtags and signals in their bios.

The self-confessed pedophiles signal the “AoA” (Age of Attraction) that turns them on, and whether they’re into boys or girls. A simple search of Twitter bios for “AoA” yields hundreds upon hundreds of pedophile accounts brazenly signaling their “AoA” to each other in coded language.

You might pause to wonder, “if they’re non-offending, why they would need to include such specific ‘AoA’ information in their bios at all?” Unfortunately, we all know the answer.

But the “Virtuous Pedophiles” on Twitter would have you believe they’re just in a group to help each other, and one of the founding members of the so-called “virtuous pedophiles” is left-wing former Salon journalist, Todd Nickerson. He boasts that they have “been mentioned and endorsed everywhere from NPR, Salon and the Atlantic“, which are all known promoters of left-wing ideology.

Virtuous Todd is on record as saying “I’ve always maintained that, if we lived in a different, more sex-positive society and it were legal to do so, I WOULD engage in sex play with a child that I loved if she wanted it and initiated it. I will never deny that.”  (Emphasis: ours)

He also claims that, just like homosexuality, “pedosexuality” is simply another sexual orientation. In other words, the fact that society criminalizes sex with children, by his own logic, he views society as sex-negative. Someone should tell Virtuous Todd that children can’t consent to sex.

However, if they’re that virtuous, and they know from Cantor that they can’t change, why would they not all volunteer to undergo chemical castration? Wouldn’t that be the ultimate convincer that someone is determined not to sexually abuse children?

Instead, they have somehow managed to garner the support of an accredited medical professional like Dr. Cantor and instead of demonstrating their convictions through elective chemical castration, they organize themselves into groups (for support only, of course) on Twitter, enjoying special protected status alongside race, gender, religion, etc.

Nickerson, like all other pedophiles, is still very active on Twitter. Here’s just a small glimpse of him following underage children who specifically state their age in their bio. It’s like being a meth addict—claiming you’re trying to kick the habit but saying you keep a baggie for sentimental reasons.

Twitter now enables self-confessed pedophiles to find each other quickly and easily on the platform to exchange “support” with each other. It has become a gateway for easy access to child pornography to a pedophile’s exact specifications, backed by a left-wing expert psychologist with unclear motives, and this is absolutely fine by Twitter.

The movie villains who were actually the good guys

10 absurd inventions that prove you should never drink while inventing

“The obvious alternative… is chemical castration”; yeah I’m sure during the period of history where being gay was also a crime there were men lined up to prove they were ‘innocent homosexuals’ gy being castrated for proof as the natural sexual creatures they have the right to be.

I agree that the article was sensationalist, but the writer has a point; while I disagree that its chosen (I mean who would *want* to be attracted to children) I think them being allowed to follow openly minor children is a step to far and the guy who claimed they’d have sex with a child if the child consented/initiated it is delusional. Children can not yet grasp the consequenses of sex imo and the decent thing to do is to take such a child to a therapist.

now girls dress like whores, their clothes are very exciting. not to mention they like sex with mature men or young they are more open than femenazis whores.

they have good bodies and nice ass. sometimes she needs fuck and her sex life is active

now i’m mocking in the face of a lot of progressive soyboy idiots. it’s the only good thing they’ve ever done after so much shit to fuck society up. 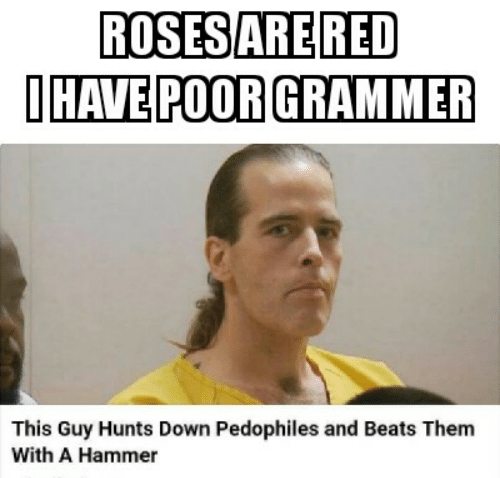 They should ad R to the LGBTQ. Retarded people are also born that way and have a great deal in common with the LGBTQ. Just sayin, fair is fair.

Hey, pretty sure this is meant to be an attack against the LGBT. Either that, or you don’t actually understand what the LGBT is about.

If it’s the first one, have a nice day maybe?