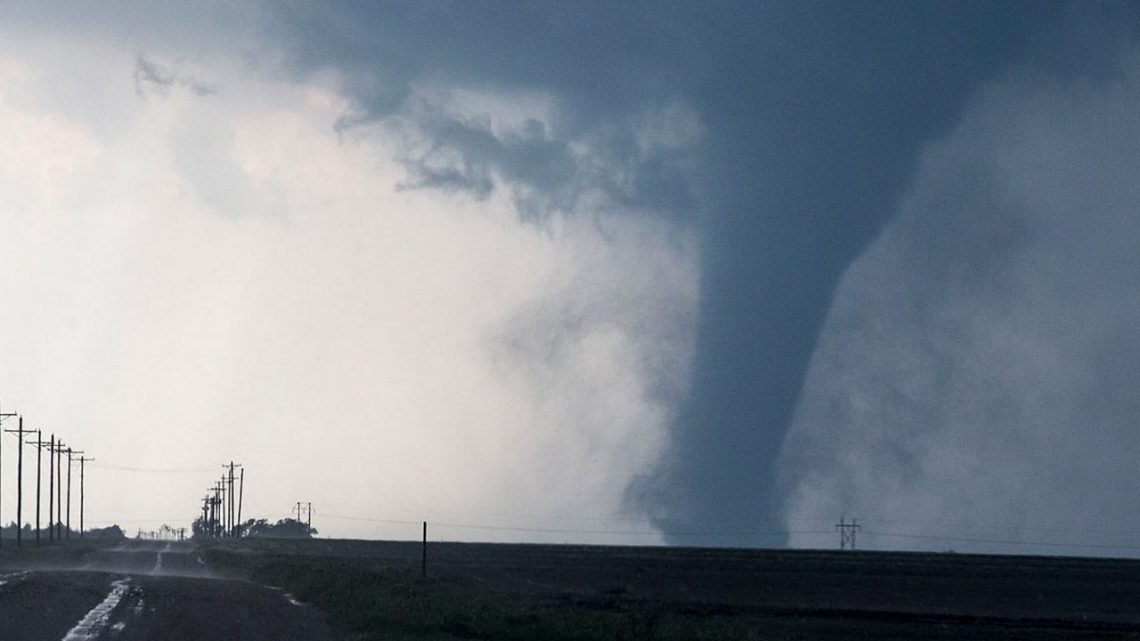 A month is still remaining of tornado season and there have already been 519 deaths as a result of twisters, which equals a record set in 1953. With tornadoes tearing an unprecedented and deadly path across the United States, we decided to take a closer look at these fearsome freaks of nature and what you can do to protect yourself if one touches down in your area.

Here are ten things you should know about surviving a tornado.

The city won’t save you

It’s a popular misconception that tornadoes only strike rural areas, especially those with a high concentration of trailer parks. While some areas may be more susceptible to tornadoes, there really aren’t any “safe” areas in terms of geography. Not in the United States, anyway. As recently as July, 2010 a tornado struck the Bronx in New York. The fucking Bronx. If you think where you live is somehow more urban than the Bronx, you’re out of your damn mind.

Rest assured, wherever you are, a tornado can strike. So don’t get too comfortable. With one exception…

Unless you live in Antarctica

Tornadoes have touched down on every single continent in the world, except for Antarctica. So if you live there, you’re probably safe. And your life is probably one endless string of awful. So don’t go moving there just because you’re afraid of inclement weather. Instead…

When a tornado is bearing down on you, the chances that you’ll have enough free time to hit Wal-Mart and do some emergency shopping are slim to none. So you’ll want to have some things handy before all hell breaks loose. Coming out the other end of a twister with your life intact is only half the battle. After you do survive, expect to be short a few possessions. Having some items on hand and stored in a safe place ahead of time can save you a lot of stress.

Try to keep these things in a place that won’t be blown to the high heavens:

Got all that? Good, now when the hell should you be ready to use them?

First of all, if your local news doesn’t let you know that a tornado is on the way, you should probably move. God knows what else they aren’t telling you.
If you’re not somewhere that tuning into the news is possible, look for these warning signs.

So now you know what to look for. What do you do when you’ve convinced your paranoid little self that the winds of destruction are headed your way?

That thing you always hear about opening windows before a tornado hits is a total myth. If anything, open windows will just lead to more destruction. But open windows aren’t going to keep your house from exploding any more than keeping the windows closed will cause it to explode. If a tornado wants to tear your shit up, it will do it. The windows don’t matter. Unless you’re standing right next to one and it shatters in your face, of course.

If you live in a particularly tornado prone area (like Tornado Alley, for example) there’s a good chance that a tornado shelter is somewhere nearby. It would probably be a good idea to find out where it is before you need it. If you have time to get to it before a tornado hits, by all means, do it. It’s your best bet for surviving.

Even better, FEMA has instructions for building your own tornado shelter or safe room. The only thing worse than getting hit by a tornado is having to wait it out in the company of a bunch of strangers.

If a full-on tornado shelter isn’t available, obviously, head for the basement. Stay away from windows, obviously. Less obvious…make note of where any heavy shit might be on the floor above you. Try not to camp out underneath those areas. The last thing you want is for your perfectly executed twister survival plan to be foiled when that floor model television your crazy aunt left you falls on your dome. Why do you still have that thing anyway? Get a flat screen you damn hobo.

But what if you don’t have a basement?

Go to the bathroom

Unless you live in a tree house, you should at least have a lower floor, be it in your house or in the apartment complex you live in. Head to that lower floor and hole up in the bathroom. That’s usually the most insulated room in any dwelling. If you have time and space, haul a mattress with you. Lay in the bathtub and put the mattress over the top of you. Just watch any news report following a major tornado if you don’t believe that. It’s all but guaranteed that at least one person survived by hiding in their bathtub.

But what if you aren’t home? What if you’re in the middle of nowhere?

If you can see it you can flee it (maybe)

Here’s some good news, there’s a pretty simple technique for determining what direction you should be fleeing in if a tornado is visible in the distance. Look at a stationary object. Now, look at the tornado.

Is the tornado moving to the left in relation to that stationary object? If it is, then flee to the right.

Is the tornado moving to the right? Well, then you flee to the left.

Is the tornado not moving to the left or the right but appears to be getting smaller? Great news! It’s moving away from you! Just like all of your friends tend to do!

Is the tornado not moving to the left or right and seems to be getting larger? Fucking run! It’s coming right at you!

Find whatever will pass for shelter and try to get to it. But there’s one thing you’ll definitely want to avoid, no matter what your instincts may be telling you…

Pass on the overpass

It’s only natural that you would want to take shelter beneath an overpass if a tornado is coming. Don’t do it! As USA Today‘s Chris Cappella so mildly puts it, overpasses are tornado death traps.

Despite what you might have heard, highway overpasses are death traps, not good shelters, in a tornado.

National Weather Service meteorologist Dan Miller explains his frustration: “We routinely tell people to get down, cover up, and get as many things as possible between them and the tornado. When they get up under an overpass, they’re doing the opposite of that.”

In effect, the area under and overpass amounts to a wind tunnel that speeds up the wind, and any debris it’s carrying.

Miller stresses that it’s not the wind that’s the threat, it’s what’s in the wind.

“Imagine everything in your apartment or house ripped apart and airborne at 100 to 200 miles an hour. Overpasses can be collection areas for all of this debris,” making them dangerous places to be in tornadoes.

The idea comes from an endlessly televised video shot on the Kansas Turnpike in April 1991. In it, a TV crew dramatically outruns a looming tornado and seeks shelter with a family coached to “get up under the girders” of an overpass. They survived.

Unlike most highway overpasses on the central Plains, however, this particular overpass happened to have exposed girders and even a “crawl space” at the top of the embankment, Miller notes. Plus, the tornado never directly hit them.

An underpass causes a Venturi effect during a tornado. Put simply, the wind speed greatly increases in the area of an overpass. That means the debris being blown around moves a whole lot faster also. That’s bad news for you and your limbs.

Here’s what that same USA Today article has to say about some people who huddled underneath an overpass during an Oklahoma tornado in 1999:

Of 17 people sheltering under an I-35 overpass, all but one were blown out by the wind; one was killed. A few miles away, one person was dismembered and about a dozen others suffered serious injuries: broken backs, severed body parts, deep cuts from head to toe, says Harold Brooks, a research meteorologist with National Severe Storms Laboratory. Just “really ugly injuries.”

Dismembered. You read that part, right? What it doesn’t mention is that during that same tornado, three highway overpasses were directly struck by tornadoes. There was a fatality at each one. By contrast, over 2,000 homes were completely destroyed, but only a dozen or so people died in their home.

The ditch is a last resort

Believe it or not, a ditch is better shelter during a tornado than an overpass. It provides at least some protection from flying debris, so if you can’t make it anywhere else, head to a ditch.
Then again, ditches are prone to flash flooding, so, you know, try not to drown and stuff.