Tinder is basically speed-dating on crack, with the added bonus of relative anonymity, absence of forced awkward small-talk — and then there’s the general expectation of sex. Because let’s face it: nobody goes on Tinder looking for a long-term SO.

DON’T: Only have body pictures up, then a note in the bio saying “message me for pictures”

Gross. Also, there’s a reason why we put the photo related DONTS first and that’s because we’ve actually already done actual science on what works and what doesn’t in our piece How to take the perfect Tinder photo, according to right-swipe science.

Time is money and is not to be wasted.

DON’T: Have pictures from your own wedding on there

DON’T: Put up pictures of other people’s kids

Not even if it’s your niece. They can’t decide to be on the Internet, and certainly not on a raunchy dating site.

Related: 10 red flags that kill your chances with women

DON’T: Wear cargo pants, or “shoes where you can see the…feet”

DON’T: Describe what shows you are “currently watching” in your bio

DON’T: Mention you’re a vegan/Crossfitter, unless you plan on only dating other vegans/Crossfitters

I know, it seems as though these are all pretty self-explanatory (dudes- if you own a pair of cargo pants, do us all a favor and set them on fire) but for some reason men still insist on clock-blocking themselves in totally avoidable ways.

DO: Have pictures with your dog/cat

Chicks love guys with canine/feline-leaning tendencies, FACT (again, see our Tinder science experiment). “At the very least, we can use you for your animal if you happen to be a total snooze.”

On a related note, we asked artist and OnlyFans seductress Ellis Cooper to write up a guide on how to score girls out of your league on social networks and it’s got tons more useful tips. Wait, we’re accidentally creating a whole canon on how to date sex workers — that can’t be good? STOP, cut the article h– 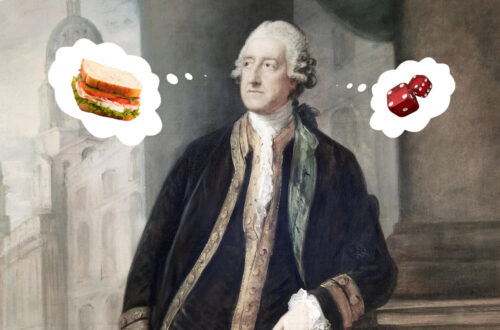 How gambling and laziness led to the creation of the sandwich

10 signs you’ve gotten old but not realized it yet