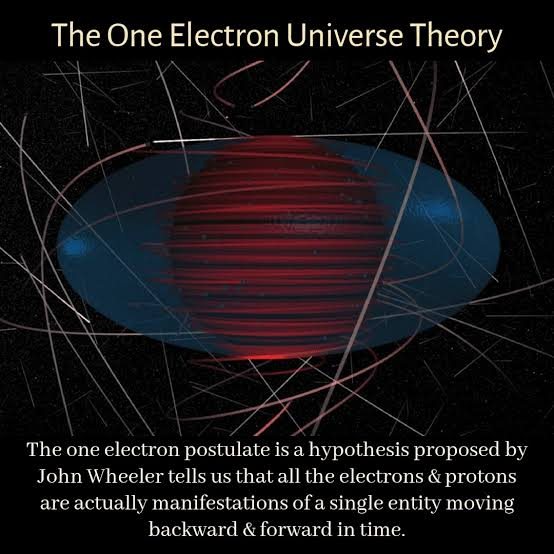 Have you heard about the one electron theory? It states that theres only one electron in the universe going forwards and backwards in time. It was proposed by John Wheeler and was the initial inspiration for Feymanns diagrams

What do you think of that?