#MyWhitePrivilege is lighting up Twitter and boy, do pronoun laden twitterers have some unsubstantiated anecdotes for you today.

The top related mentions lead to @Freeyourmindkid — a black nationalist writer for Jewish magazine Forward.com (what?) and creator of an anti-Trump site — as the main busy bee, spreading the pollen of cringe and division across the platform: 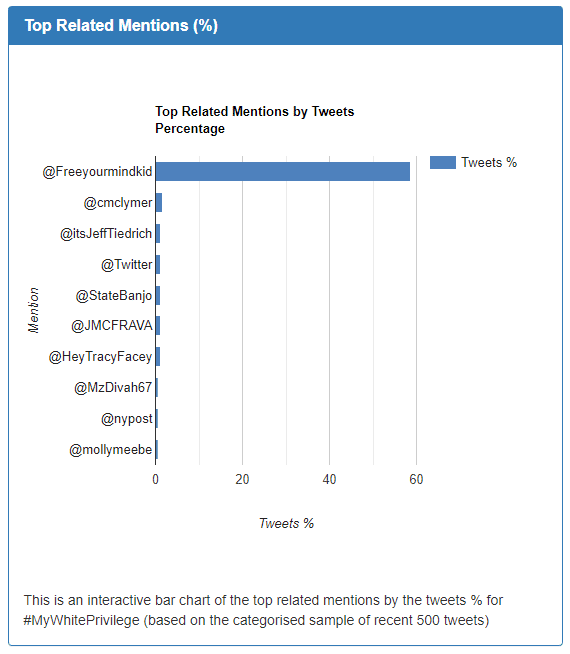 People are sharing stories of “outrageous” things they’ve gotten away with thanks to #MyWhitePrivilege. (h/t @Freeyourmindkid)https://t.co/zl373u8vUn

The tag has spawned a frenzy of stories on personal experiences of purported privilege, many of them well into Poe territory:

I went to pay for a Gatorade and it was 2.06 and I didn’t have the 6 cents and the cashier said “it’s fine.” Then he went and shot an unarmed black man behind me #MyWhitePrivilege https://t.co/ByZQVGhqDe

A user who describes herself as a “gamer, nerd, spoonie, feminist, ugly, tired” even admits to shoplifting and then laments that her crime led to racial profiling:

My BFF and I shoplifted a whole-ass futon from Caldor.

A week later,that same Caldor was in the news for profiling Latinx shoppers. Meanwhile our white butts had walked out with a damn futon.#MyWhitePrivilege https://t.co/Zs2WDyfQLb

Hey fellow white people who are responding to the #MyWhitePrivilege hashtag: after relating our experiences it's important we then do what we can to boost the voices of POC, pay them for their labor on here, share links to their PayPals/Ko-Fis/etc….do something to help

My life expectancy as a white nonbinary trans person is about 72 years my trans sisters of color who share identities with the mothers of the modern queer movement are expected to live to 31 years. #MyWhitePrivilege #TransDayOfVisibility #transwomen https://t.co/tY94H4rrLc

Other users are surprised this is trending and have a more realistic take on what they expect from this latest Twitter shitstorm:

Leaving aside the obvious baiting at play here by the classy individual at the heart of it all:

Who left the mayo out in the sun? https://t.co/jn2Vk4RZ0g

If we check the latest top related hashtags by tweets, we notice that #JussieSmollett is the main related tag: 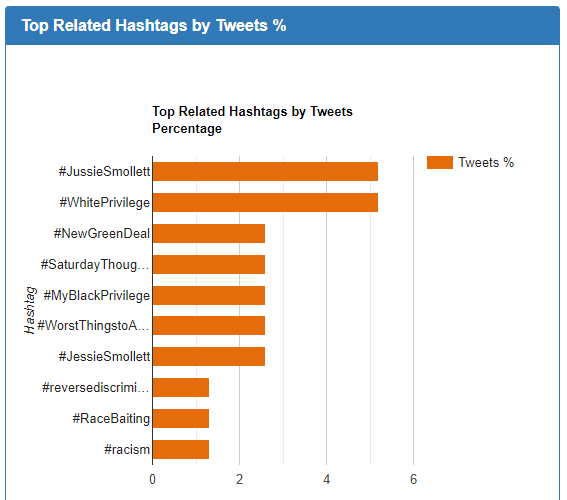 Which really makes one wonder if the #MyWhitePrivilege tag wasn’t created and hyped right when the story of Jussie Smollett getting away with a hate crime hoax was starting to take over the internets and threatening to undermine the progressives’ typical claim to a moral higher ground when it comes to setting the public’s agenda.

That’s just conjecture, but let me leave you with something that’s not.

The top tweeting city (at time of writing and according to Tweeplers) for the pathetic hashtag is Portland. 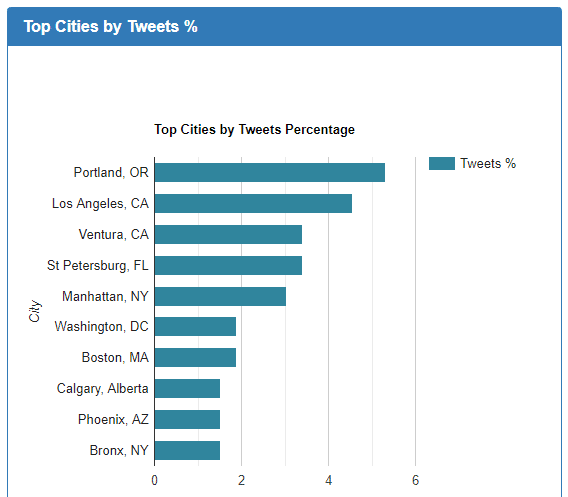 And why wouldn’t it be?

The movie villains who were actually the good guys

Love and sex in Georgian England, according to this vulgar 1785 dictionary

The 10 most evil fictional organizations