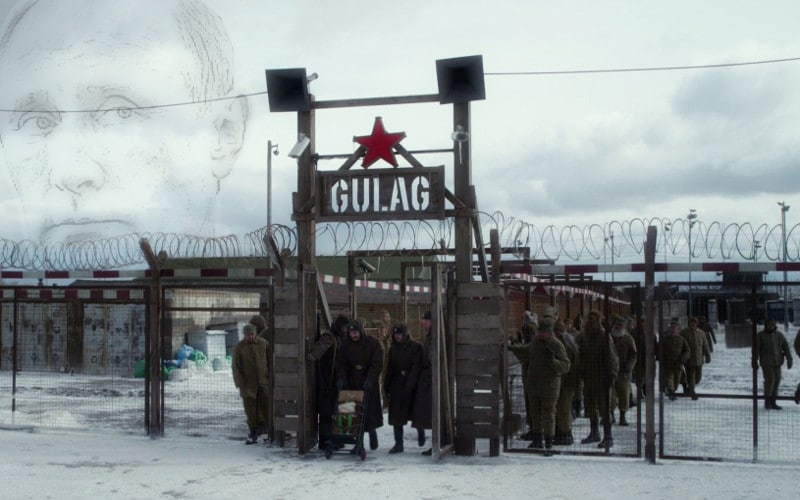 For those of you just tuning in, my name is Eric Garland. I’ve been an intelligence analyst for corporations and governments for 20 years.

My life changed on December 11, 2016, after I delivered an impromptu “thread” on Twitter explaining the history of Russian Active Measures and how they helped bring Trump to power. That thread, I am now told, was the first time the narrative about Trump-Russia cut through to the general public. Millions read my tweets about how, no, this wasn’t about Hillary not campaigning in Wisconsin.

There was way more to it – and it was ugly.

Also, I’m told, it gave people hope that we could get through this. Starting the next morning, corporate media outlets began an assault on my reputation that has gone on for 13 straight months.

One month ago, I began a deep-dive, pointillistic analysis into why I have been mentioned in over 60 negative characterizations of Trump-Russia. My analysis is complete.

The patterns suggested are so serious, I have decided that it is best to anonymize all findings and turn the actual data over to law enforcement and the government. Only they have the legal standing and manpower to verify what is suggested.

I would like to describe the patterns of media behavior by numerous outlets – as well as my ultimate conclusion that we need to reinstate the Fairness Doctrine to protect our democracy.

First, remember that on December 11, 2016 I was not a public figure beyond being an author and consultant. I was not an elected official, captain of industry, or celebrity. So…dozens of media articles, several arriving on the very same day…is a little weird.

I have asked experts in public relations the likelihood that this many articles would be written about a subject – according to the articles themselves, ironically – who would not normally warrant this level of media attention.

You know – over some tweets.

Professional opinions of PR experts varied. Some said, “They probably just perceive a competitor in the media space,” and others said, “You couldn’t pull this off, even with a $10 million budget and the willingness to bribe editors.”

Experts in Russian Active Measures and counterintelligence have been less equivocal: “This pattern of the same article about a critic repeated dozens of times has Kremlin written all over it. They didn’t necessarily do it, but it’s *how* they do it.”

Either way, a private citizen expressing opinions on Twitter is not, it seems to be unanimous, a newsworthy event that has inspired over 50,000 words of copy on dozens of media outlets. For over a year.

So. What’s up with this?

#GRINGO11 was my way of answering that question. Myself. As a professional analyst. No other cooks in the kitchen.

Here’s the objective data I collected:

This analysis contains inherent and inevitable biases, as does all analytical work. Here are the potential weaknesses I believe could be part of the my conclusions.

1. Well, this is personal. They’re attacking me. So, assume some emotion is involved, like any human being.

2. I see the actions, but without access to, say, emails and intercepts communications, I can only but speculate as to motive of these pieces. I suspect they vary depending on the media outlet.

Some of my assessments are purely subjective. For example, I’ve put together a Timeline of Trump-Russia Headlines Vs. Deza. Who decided what’s fact and opinion? Me. I think I nailed it, but hey, others might disagree.

Example: January 10, 2017 – Testimony by DNI Clapper, DIRFBI Comey, DIRCIA Brennan before Senate Intel. Also 1/10/17, in the NY Times: “Breitbart’s Man in Rome: A Gentle Voice in a Strident Chorus” I judge news about the former as serious, and the latter as Deza. Subjective.

3. I am an experienced intel analyst who writes books and teaches courses for other analysts. That said, I hold no security clearance (why I can speak freely, FYI) and have never had one. Never done straight gov’t spy catching.

As such, I recommend true experts such as @MollyMcKew, @selectedwisdom, @20committee and all the other voices you find useful. I’m but a single analyst, with flaws and limitations. Nota Bene.

That said, let’s get into the topline conclusions of #GRINGO11: Trump did not win without complicit media, before and after the fact.

Both on “regular” and social media, legitimate news on Trump-Russia was published daily, before and after the election, and has continued without stop, for fourteen months and counting. As well as information that clouded reality and attacked critics.

As the USIC and US Congress concurs, political warfare operations have been run by and/or amplified by Russian entities through automated digital actors and agents/assets compromised by Russian intelligence.

In addition to amplifying the distraction of the day, one of these major initiatives has been to characterize all analysis of the complexity of the “Trump Operation,” as illegitimate, a conspiracy theory, or mentally ill. Classic Kremlin, BTW.

First, I’ll describe how, they, with some speculation, why. The how is described by objective fact.

Negative framing of Trump-Russia emerged the morning of Dec. 12, 2016, as millions were opening their minds to new possibility. First on the scene? Glenn Greenwald. As always.

Another outlet publishes: “Long-ass Twitter rant about Russia and the 2016 election sparks “Game Theory” meme” See what they did there?

This is framing. It’s not an intelligence analyst who just told you some new stuff. It’s a “meme.” Like, y’know, a Pepe Frog. Not real. Not human. Not authoritative. Not trustworthy. A meme.

From there, the characterizations intensified. Next theme: Don’t trust Twitter or Medium. Filled with weirdos. Odd, because “tech” outlets were talking like this. What about, I dunno, the genius of social media? Nope. LISTEN ONLY TO MAJOR MEDIA. Huh. 🤔

A second piece appeared from RW media. Weird thing was conservative media source linking to the “liberal” media source an hour after the first published. Saying that the other one was really the authority on the subject. Not typical media behavior.

This goes on for a month until Trump is inaugurated. That first week, he basically tongue kisses Putin and goes nuts. Whoa, guess there’s a Russia thing after all. But the articles about me start up again.

Then Feb 13: Mike Flynn is removed for his lying about connections to Russian ambassador Sergei Kislyak.

All is quiet for me, but not for @LouiseMensch. I don’t get anything until after the testimony of Comey on March 20. But Louise is writing some compelling stuff. And now she’s the focus. Dirty moves. Now revealed. I’ll let the Feds sort that out.

Comey testifies March 20: “Hell yes, there’s a Trump-Russia thing.” Four days later, I get called for interviews that are, in the final publications, distorted and dismissive, to be nice about them.

From that day onward, in their actual pages and in the behavior of their employees on Twitter, my colleagues and I come under assault on a day-by-day basis by media companies backed by corporate monopolies, structured finance, and private interests.

From about April 1, 2017 to last weekend, the behavior repeats. To what does it correlate? Truly bad news for Trump.

After a while, it’s unmissable.

And just quickly, who writes these? Average age: 29-32. Average professional experience: 4. Education? Almost all Bachelors in English. Three with international affairs or poly-sci. None with experience covering geopolitics or intelligence.

Perfect choice for the owners of these media companies. Smart enough to write well, no curiosity, no real experience, afraid to lose an opportunity. Also, raised in a social media environment where you can swear in a juvenile fashion at adults without shame. Perfect for provocation ops. GRU smiled…

That’s pretty much the whole story right there, except for the various parent companies: would-be monopolies, structured private equity finance (lots of room to hide shenanigans, BTW), and privately-held LLCs owned by billionaires. There are intermarriages. Connections to those who spied for Stalin during WWII. Other areas of interest.

That thing where if you’re in the news business you have to represent the public interest, tell the truth, adhere to standards, and answer to a democratically-elected government!

We did this for years, especially when the Nazis and Russkis were trying to infiltrate us in preparation for WWII. It worked great!

1. The new interpretations of FARA: Roto-rootering paid agents of foreign countries is going to clean things up significantly.

2. Reinstate the FCC Board of Governors with the Fairness Doctrine!

We must insistent on transparency about which company owns which outlet and analyze their content. All they need do is adhere to pre-existing (but abandoned) journalistic standards of professionalism to make this an easy ask.

Remember: In America, you have the right to free speech, but not the freedom to coordination foreign intelligence operations.

We need government to help sort that stuff out.

That’s about it! I’m turning the data – and it’s a little fugly – over to authorities.

As for my fellow citizens, ask for the Fairness Doctrine! By name! And…I think we’ll be OK. But first…some prosecutions. 😎

God bless America, and you if you’re reading this, and all nations, and all people, not one individual left out. 😍

View all posts by Eric Garland →

10 Work Tools You Should Have in Your Office

McQueen after McQueen What happened to the fashion house after the death of its founder?

Gizmodo’s insight into the author of this article.
https://gizmodo.com/eric-garland-has-blown-our-cover-1821856127

Some more info on Eric.
https://www.huffingtonpost.com/author/eric-garland

This is tautological, because it’s self confirming in finding guilty Russian accounts. He doesn’t write like an intelligence or technology savvy analyst (lexicon). Finally, he is lying about the fact that he scooped this. Russia narrative was invented shortly after 2016 wikileaks revealing Satanic pedophilia. They let Poynter institute hack Craig Silverman at BuzzFeed run with it, (the lies aren’t even straight anymore, recall that Silverman was actually the first fake news expert on the scene [HAHAHA]) and then his colleague published the Piss Dossier.

We saw them mobilize. This article is a joke. They made his life a living hell… by tweeting at him… because he’s an American deep state spook pushing Russia narrative. Though he does have the great idea that we should look at who’s married to who… let’s get started. /s

any updates on this since?

it’s downright scary how they go after 1 person. just like when gang stalking. 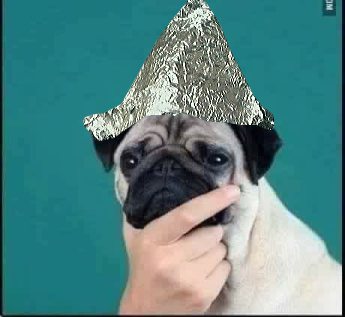