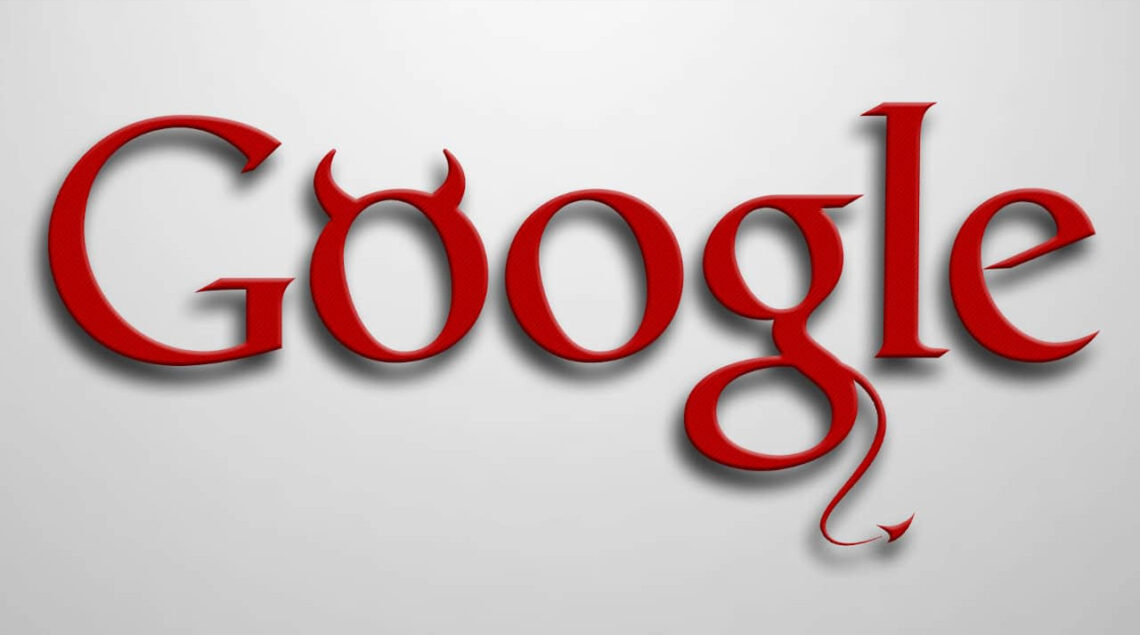 A few days ago the devil children over at SEOBlackHat.com notified me of a new kind of Google-dance. Normally the #1 search engine targets the latest exploits when it reorganizes its index, causing webmasters to sweat and wait to see if their pages will rise or fall in the new order. This time Google took a far larger step – removing explicit sexual content from listings en masse.

The effects of Google’s pogrom have been dramatic. My own website – TGP.com – moved from being the #1 result for the search term ‘TGP’ to being completely absent over the weekend and is now – curiously – back atop the results. Perhaps as my domain is my search term Google are wary of leaving FUBAR.com out of a list of to-hits for FUBAR. Perhaps they’ve worked out that no-one searches for TGP who isn’t trying to find hotdog and donut shots. Whatever the reason larger TGP’s than mine are still missing from the first page and that has to hurt.

Don’t be evil? Jury’s still out…

I’m not a tin-foil-hat sort of guy, but I’ll admit to entertaining any idea long enough to work out if it has any merit. Buckle-up while I lay out an idea which might be considered “fucking silly.”

Anyone who reads Boing Boing knows Xeni Jardin is their resident ’sexpert’ and that she reads Violet Blue. Thus it wasn’t much of a surprise when Violet’s recent post on Google’s filtering of adult search results made it to the big B. What’s really interesting is Google’s apparent response to Xeni’s post (tin-foil hats on).

When I commented on the November 2006 purge, Google’s search results returned to normal the day after I’d posted, prompting some people to accuse me of being misguided. They said because Google is constantly tweaking, it’s easy to notice mistakes and falsely assume they’re conscious changes, a situation made hard to clarify by an obfuscating paranoia about secrecy which Google is convinced is necessary to its business.

Accepting their point it was hard to dismiss the congruence of a solution to a problem which came as soon as I mentioned it online, but lasted long enough for SEO Black Hat to find (he was #1 on this – kudos. I was #2), explore and mention to me. Maybe some of my friends at Google had passed on a URL? Impossible to say but impossible to dismiss.

Then the December purge took effect, almost exactly a month after the November purge (connection?), and remained in place long enough for Tony Comstock and Violet Blue to write up, Boing Boing to reference, and me to check. Then, the day after Boing Boing published, everything returned to normal once again.

Are Google are running some sort of protocol each month that specifically targets adult sites? Either as a response to enormous amounts of adult industry spam, or at the request of government screening for illegal material (one tin-foil hat might not be enough for this).

Or is Google trying to stack the odds against finding sexual material, by removing adult sites from prominent positions, but backing off whenever anyone screams loud enough?

The curious timing of Google’s ‘mistakes’ and their apparent responses to bloggers who comment about them is looking less and less coincidental. As to why they only seem to respond to SugarBank and Boing Boing you could argue there’s no connection and it’s just coincidence that our screams have seemed to fix things, or that Boing Boing’s read by everyone who can spell RSS and that SugarBank’s read by enough of my Googlestani friends to make this blog disproportionately visible to those guys (this post might have something to do with it too).

Until we know more I’ll continue to explore, and be less surprised at a similar ‘glitch’ at the end of January. In the interim the most obvious lessons are:

These are the haunting last words of doomed airplane pilots

Yep, I did indeed notice some weirdness. I run this small site about anything that interests me, mainly videogames, Japanese girls and general crap.

In January 2007 I had 53,753 visitor coming after 9,026 keywords. In April just 31,464 by 4,633 keywords. Those are just numbers regarding visitors who came trough search engines, and are constantly decreasing every month.

Apparently, Google un-listed my site for all those keywords not exactly adult-related. Unlisted or severely punished them.

For example: a very popular article was (then) this one about an ham sandwich: http://www.numerozero.com/article/202/la-mortazza

It was constantly among the first 5 results in Google.

Now, if you Google for “mortazza”, my article is apparently gone, or buried deep down in the Google index.

The funny thing is that there are a few forums and blogs which simply pasted my text on their pages and now they are actually showing up in Google for that keyword, achieving a good ranking too.

The same applies for other non-adult related keyword such as “pangolino”, “peramele” and many more. Back then, before February 2007, Google listed my articles within the first 10 results for these kyewords. Now, my articles are apparently gone.

In case you missed it, this writing comes with a couple of useful notes about how to deal with Google.

Is it time to short Google?

I have long thought Google suffers from a lack of real competition. The other search engines are all trying to be Google, which renders them irrelevant. Jimmy Wales Googlepedia idea is going to be slow and as vulnerable to manipulation as Wikipedia. Great for searches on Star Trek, forget anything truly outside the mainstream. Worst of all, it’s how people are learning to use the web. We need to push Google to true verb status, and then challenge it with better solutions which offer more choice.

In my view Google lost the plot when it decided to manipulate its results. It doesn’t help the websites and it doesn’t help their algorithm. It’s like the ‘correction factors’ we used to shoehorn into physics to make faulty equations look more reasonable.

Gah. So, does this mean I should go back to Yahoo as my search engine of choice?

I found out about the changes the hard way. Let’s just say I wasn’t looking for magazine-style columns on threesomes…

I’m looking forward to seeing what you have to say on the subject later this week.