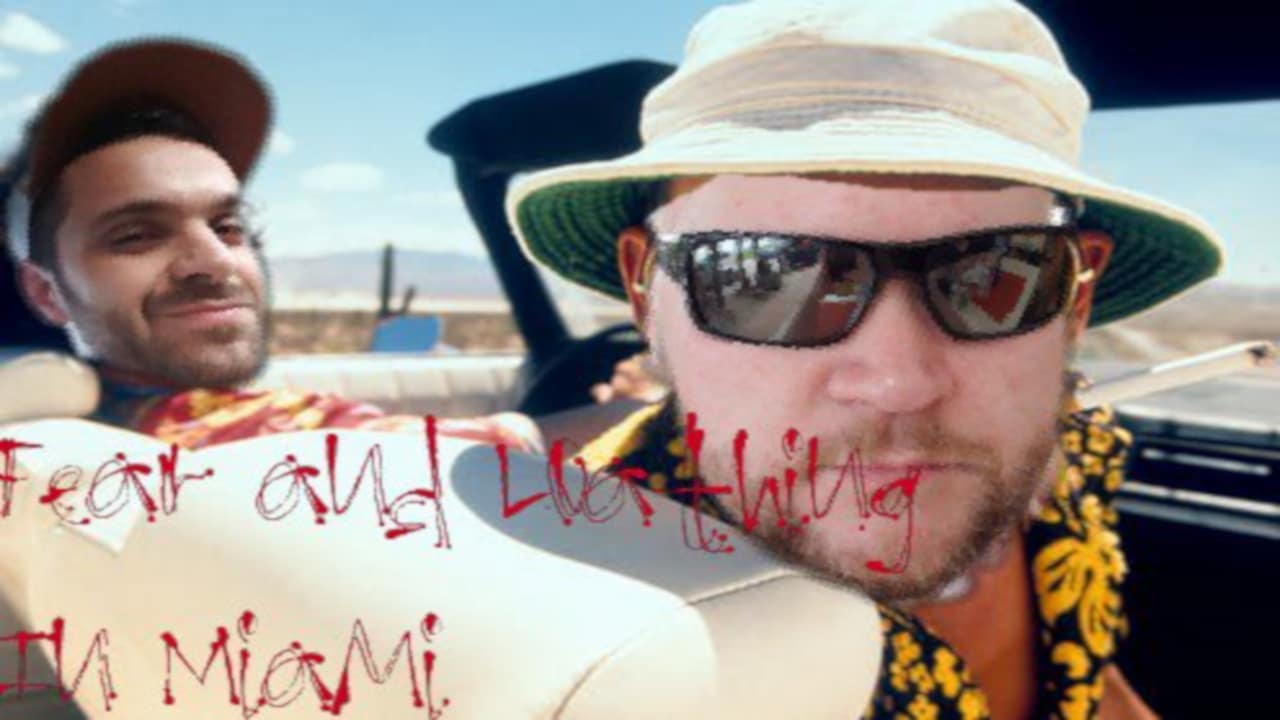 If you follow YouTube drama at all, you might be aware of Internet Bloodsports. And you’re probably familiar with the main players: Ethan Ralph of Killstream, the now-banned YouTube channel that was outed by the Wall Street Journal for promoting white nationalism; and Andy Warski, the formerly anti-social justice channel-turned talk-show channel for the alt-right.

Following Ralph’s deplatforming on YouTube, both Ralph and Warski took to Stream.me, a streaming platform and competitor to YouTube that has since been shut down after threats were made against the owners’ children. But before they were deplatformed, Ralph and Warski managed to earn a little over $4,000 from their paypigs to fund a trip to Miami.

Both Warski and Ralph are on the outs on YouTube following a poorly-conceived stream on Warski’s main YouTube channel, in which Warski revealed that he downloaded 35gb of child pornography, ostensibly to “expose” pedophiles on Instagram by playing as a YouTube detective. The incident was partially documented on the British newspaper, Metro.co.uk.

In a now-deleted stream, which has been shared around as the “Andy P3do Stream” (Mega.nz archive), Warski boasted of his exploits in “infiltrating” a Discord server full of pedophiles and claimed to have downloaded a gigantic trove of illegal material. During the stream, Warski showed the library of child pornography he had amassed and shared with Ralph and another cohort named SoCalChris. During the stream, Warski made impromptu Photoshop edits to remove the nudity from some of the child pornography, offering it up as proof of his acquisition to the audience.

Warski did not reveal the names of the pedophiles he set out to bust, but instead ended up doxing the underage victims of their predation, instructing viewers where they could go to find them on Instagram.

The stream was as poorly received as one might expect, prompting Warski to terminate it prematurely and delete it -- but not before it was archived and restreamed by other channels participating in the IBS scene. It was the subject of several videos by other YouTubers, including Dr. Purple, The Snatchcast, Draconian, SFTP News, Spergstrom, Godspeed, Coach Red Pill, People’s Populist Press, and Tonka Radio.

So here’s where we’re at.

1. Warski moves from Canada to live with Ralph

Following weeks of beefing with other YouTubers, Ralph and Warski failed to have their “redemption arc” with the pedostream. Warski made the impromptu decision to relocate from Canada to Ralph’s residence in Richmond, Virginia and become a full-time “real life streamer” along the lines of Ice Poseidon and Bjorn.

Warski has been promoting his livestreams on a separate channel called Purple Dragon, presumably because his main Andywarski channel with 250,000 subscribers was struck with a content guidelines violation after members of the imageboard 8chan livestreamed pornographic videos to troll him. It is understood that Warski accidentally revealed his YouTube stream key live on stream. He would later blame another associate, Geekthulhu, of leaking the key.

During his time in Richmond, VA, Warski enabled text-to-speech for those who donate money to his streams, encouraging viewers to post offensive remarks that would pipe through his phone as he walked into stores and restaurants in downtown Richmond.

Warski’s antics took him to a McDonalds, where a viewer and another IBS participant named Dispatch sent him a few dollars to pipe in the suggestion that Andy Warski was bringing back slavery for black people in the US. Warski was questioned by the female manager for his remarks and bolted from the restaurant before the situation could escalate.

Warski denied responsibility for the text-to-speech remarks and instead blamed his audience for it. He also left a public review of the McDonald’s franchisee, in which he blamed the McDonald’s manager for putting his life in danger.

If Warski’s good for anything, it’s playing the victim.

Despite setbacks and any lack of positive public attention, Warski and Ralph decided to make good on their promise to travel to Miami to livestream the experience. The paypig-funded vacation led Warski to come up with the suggestion to troll a Holocaust museum -- a suggestion that earned him the interest of his audience, who urged him to go ahead with it.

But Warski’s ultimate lack of backbone caused him to call off the idea.

So instead of producing entertaining, if “edgy” content, Warski and Ralph decided to produce such thrilling content as eating gas station hotdogs with their rotund cohort SoCalChris and a Cuban named Failure, both of whom are regular IBS fixtures. During a stream, observant viewers noted that Ralph fished SoCalChris’s unfinished hotdog out of a dumpster after exiting the bathroom to eat it.

4. Warski and Ralph get physical

With flagging views on Warski’s “Purple Dragon” channel, Warski and Ralph got into a beef that was partially captured by Failure, who was with Warski at the time. The fight allegedly began when a fan emptied a bag of ice cubes over Ralph, who was drunk and asleep in the hotel bed.

In the video, Warski can be heard accusing Ralph of abuse, screaming “leave me alone.” He also accuses Ralph of locking him in the bathroom, and holding him against his will, and physically assaulting him.

In a later stream with Dispatch, Warski claims that he is now homeless in America and is trying to livestream across the United States to earn money.

Warski claims that police showed up at the hotel following the altercation. It is believed, but not proven, that another IBS streamer named Zoom called the police on the location, and knew both Warski’s and Ralph’s whereabouts because Warski doxed the hotel address to him a day prior.

Ethan Ralph has remained relatively quiet about the fight, which many suspect to be a “kayfabe,” or a ruse to excite the audience of the unpopular livestream. Ralph claims that Zoom tried to call in a fake police report, which allows Warski and Ralph to file a restraining order against him.

Ralph now also denies that the $4,000 they received for traveling to Miami was for IRL streaming, and is instead being used to fund internet show episodes. He claims that he will refund anyone who requests it.

Following accusations that Ralph stole things from Andy and is refusing to give them back to him, Ralph took to Twitter to say that “I don’t have his things and never did. He’s in his room right now in our suite lol,” suggesting that the entire fight was nothing more than a trick to earn Warski sympathy and easy donations from his paypigs.

Ralph is prohibited from hosting the Killstream on YouTube due to his permanent ban, following the superchat fiasco with the Wall Street Journal. He is now hosting it on third party channels like Memology 101, who deletes the videos as soon as they end to prevent his channel from being struck with a community guidelines violation on Youtube.

Warski needs to stop writing his own dramas.