If you thought the world couldn’t spiral further into depravity and degeneracy, you should just build a rocket and fly off the face of the earth. The newest sex fetish for hip young progressives is called “breeding” and it’s a lot worse than you might think.

While “breeding” sounds like couples who have a lot of kids as a sexual kink — which is in itself a terrifying thought — the term is a misnomer for couples who get pregnant on purpose, carry the fetus to the first or second trimester, and then force an abortion.

The fetish was first brought to light by Summit News, which pointed out a Reddit post entitled ‘Question regarding abortions and breeding fetish.’ In it, a female poster asked Reddit’s “breeders” about a friend she says has never used birth control and instead has frequent pregnancies and abortions as a way of practicing their fetish.

He then reveals that that they have already aborted seven babies and are currently breeding a girl for the next sacrifice.

Other users titillated by the practice praise and encourage those who IRL it this far. One man even waxed (in response to the above), “This is a wonderful and potent example of personal power, where sex meets violence and creation combines with destruction.”

Further investigation into the breeding fetish on Reddit reveals that they mainly congregate on a subreddit called r/Breeding, and that the users and the fetish itself seems to have a significant overlap with last year’s hottest prog fetish, cuckolding. r/Breeding is a largely pornographic journal of fantasies and experiences on the subject, and it caters to a whopping 148,000 subscribers.

The subreddit has a rule against “partner seeking,” which I suspect is there for legal reasons. The community no doubt also serves as an meet-up and dating platform for breeding fetishists who connect with each other in private messages.

How many babies have been “bred” and disposed of in service of this mental illness? What is Reddit’s moral culpability in enabling it — especially considering post-2016 has seen the banning of vast swathes of subreddits disagreeable to its leadership? What is the mechanism by which such a sick act converts into a sexual fetish — and in so many people?

And what’s next at this point? 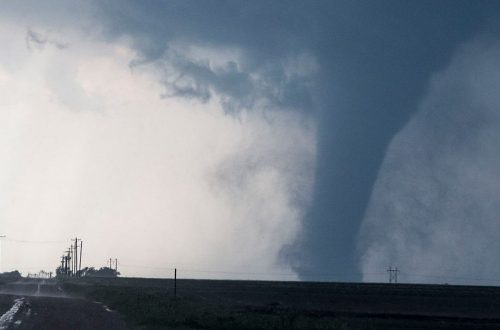 everyone even reading this has had their IQ lowered by far too much to understand this warning. minds scattered to the winds by a man who uses words as befuddling cudgels as a way to assuage his inability to make meaningful connections with those he seeks to romance. mercy unto you, and may your broken brains find solace and peace unto the Lord

What a terribly written article filled with misinformation and clear bias by a narrow minded “writer”.

Breeding fetish isn’t some depraved, degenerate kink…its literally a kink based on the most BASIC HUMAN INSTINCT TO REPRODUCE.

It’s not about getting pregnant then having an abortion. Majority of the people who participate in it actually use birth control but play out the fantasy. I dont know how you gather that “partner seeking” is there for legal reasons…what legal ramifications would exist between two consenting adults having sex? It’s not rape…they do it to keep the board clutter free. There is an entire sub forum to partner searching. They dont want a bunch of cross postings and crap

Dont base your crappy judgemental article on a handful of people who go WELL beyond the breeding kink and are into some true depravity. The single example you gave of 7 abortions..on a forum with 150k subscribers…is the prime example of an outlier. They’re not just getting off to breeding. They’re getting off to abortions and shit. The whole “power and destruction combined” is sociopath mentality.

What next? You gonna write an article about how all “handsome men” are serial killers because Ted Bundy was considered an attractive man even though her was a serial killer? Because that’s what you did here.

Try researching links on something other than a website that has r/spacedicks as a sub forum. Go to an actual site that discusses kinks and where the line is drawn. Your understanding of this fetish (and poor level of research) is like people who think polygamy is just an excuse to fuck anyone and everyone while being in a relationship. Its a hell of a lot different.

Should have been power not poopy

Wow this site really edits profanity to “gentle caress”. What sort of snowflake website is this?

You are forgetting two things with your snowflake rant:

1) A sizable minority of people in the community DO practice serial abortion as their primary form of contraception, just as a sizable minority decide to give birth to every kid they have. This has been definitely proven by post histories, comments, and discussions that can all be easily publicly searched in /r/Breeding and /r/Sex

2) Unborn children aren’t pawns to use in your sexual fantasies. Period. People deciding to use pregnancy as a turn-on isn’t inherently wrong unless you don’t actually have any intention of taking care of the kid you might have. Even using contraception you run the risk of pregnancy, so personally I bet many in the community have practiced serial abortion, or at the very least chug morning after pills.

Man thanks for pointing out this cool kink. I will have to check it out.
Cheers

Not suprising at all. They probably dyed their hair blue or pink, right?

There is another subredditt that discusses eating the breeding leftovers. The suckling empanadas did look alright. 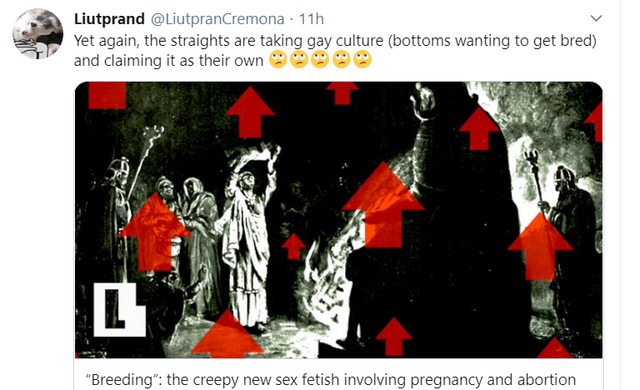 LOL…total lie and fake news. I challenge anyone to go look at this SubReddit. So gullible and republican, typical.

I just visited the sub and realized why you ddidn’t link it directly lol. I’m a dumbass.

I want to be breaded how do i proceed

Well, what yo do is, buy some bread crumbs, and cover yourself with them, and bOOm…you’re breaded.

Those people are a tiny minority of our subreddit. It is unfair to characterize all breeders as INTENTIONALLY going for abortions.

I want to be breaded how do i proceed please

I’d suggest using panko, but you can make your own by just using a regular loaf. If you don’t intended to roast yourself, consider toasting separately first.

This is pure bulshit, just ask any woman who has gone through an abortion. This is 80’s style “Satanic Panic” nonsense around abortion and human sacrifice. IT’s FAKE!

Not my cup of tea defiantly, but why care so much about what goes on behind a bedroom’s door that you write articles? If you don’t like it, don’t do it.

but smarties see thru it