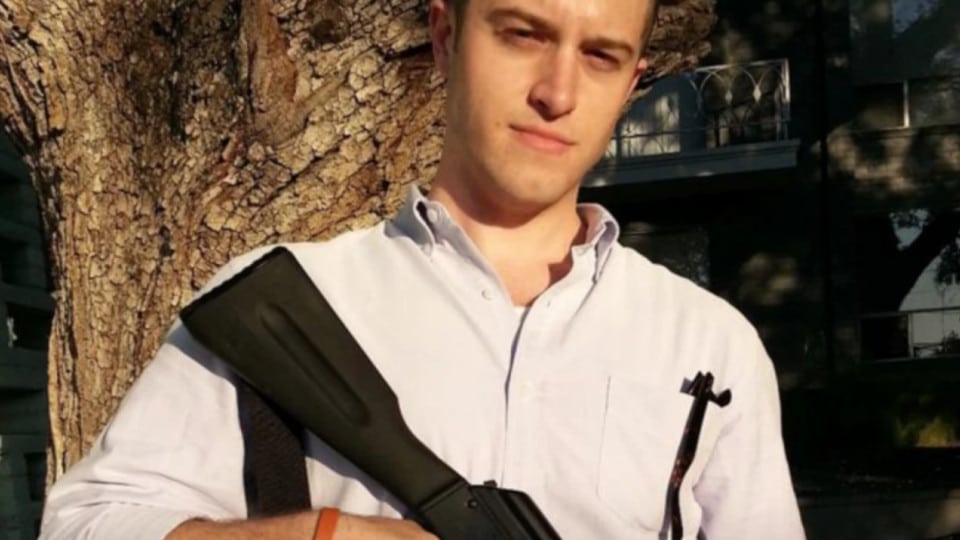 The “Ghost Gun” is unknown, untraceable, and dangerous — or, at least that’s what everyone thinks. Defense Distributed is an Austin, Texas-based company that is known for creating the first 3D printed gun and then publishing the design freely on the internet. Because of this, Defense Distributed (hereafter referred to as DD) sparked an entirely new debate that still roars to this day among gun rights advocates and those who advocate for stricter gun legislation: should citizens within the United States have the right to own guns without the knowledge of the United States government?

According to Cody Wilson, The founder of DD, this project started while he was discussing the methods Wikileaks uses to disseminate documents to the public. During 2006, Jullian Assange, the founder of Wikileaks, would publish files that were asymetrically encrypted and distribute them through direct download on the WikiLeaks website or through BitTorrent. Then, at Assange’s leisure, he could post his public key and release the documents once they’ve already been downloaded and can’t be taken from the reader.

The brilliance in this approach was that no one person could stop these documents from getting out after they were posted. This method of publishing is extremely resistant to censorship since it employs a decentralized method of distributing information that, since the files were asymmetrically encrypted, has built-in tamper-proofing. Cody Wilson offhandedly pitched a “Wiki Weapon” to his friends that would distribute guns in more or less the same fashion. The point of this was to make it practically impossible to repeal the 2nd amendment since someone could always download and print a gun within their own home.

A bonus of this that Wilson may not have seen at the time is that by allowing everyone to have access to these files is that people outside of the United States could use this service to get access to weapons in their home countries, regardless of the law, and due to the nature of distribution it would be nearly impossible for their governments to stop them. Cody believed that by relinquishing control over the designs the 3D printed gun is no-longer an inherently good or evil thing because no one can control the distribution or usage of it.

The concept of Wiki-Weapon was fully realized while attending the University of Texas at Austin. Cody Wilson learned about 3D printing, which at the time was fairly new technology in the consumer space. In his book Come and Take It: The Gun Printers Guide to Thinking Free he tells the reader about the conversation that turned him onto the idea of 3D printing a gun.

During this conversation Wilson dismisses his friends concerns about the practicality of a 3D printed weapon. It seemed impractical because of the state of 3D printing technology at the time. In late 2011 early 2012 3D printing was just beginning to enter the consumer space. The only “good” 3D printers out there were used for industrial prototyping and cost tens of thousands of dollars.

It didn’t make much practical sense to distribute files that could be used only if you had access to expensive and, at the time, uncommon machinery when you could easily make a zip gun for much less with household materials especially when you were banking on your weapon being accessible to the masses ala Wikileaks.

Cody believed, like many others at the time, efficient 3D printing technology becoming widely accessible in the near future. He envisioned a world where more or less everyone would be able to their own manufacturer. Cody began work on what would become the “Liberator” that year, but before he start prototyping needed funds for a printer.

Wilson started establishing a web presence by buying printablegun.com, sending a flurry of faxes to gun groups and making an Indiegogo page so interested people could support their efforts. They quickly lost access to both their Pay Pal and Indiegogo accounts. All that was left for them was cryptocurrencies. Defense Distributed found financial support on the Bitcoin talk forums.

Through careful networking Wilson was able to secure a lease for a 3D printer from a company called Stratasys. Stratasys would quickly repossess their printer once they became aware that their printer would be used to create a 3D printed gun. In order to continue his work Wilson would need to get a litany of certifications but not for legal reasons. Companies would not do business with him unless he had the certifications for political reasons.

This utilization of bureaucracy by large corporations would continue even after Wilson had become a licensed weapons manufacturer and had been cleared by the ATF, The Bureau of Alcohol, Tobacco, and Explosives. DD posted their designs for 3D printed AR magazines while working on the Liberator to the 3d model repository “Thingiverse”. Thingiverse quickly banned the DD account and made a policy to ban any weapon designs from their platform. This spurred a DD to create their own repository for sharing open source weapon designs, DEFCAD.

In early 2013 DD they finally created a functional 3D printed pistol. They named it “the Liberator” in reference to the FP-45 Liberator pistols America threatened to airdrop over soviet occupied Berlin during the cold war. The intention of this threat was to destroy the Soviet Unions monopoly on force by arming the population, however this was only a threat. Unlike the historical FP-45 pistol, DD’s pistol would actually be distributed. Almost immediately after making headlines the 3d models of the liberator were deemed illegal and censored by the American government.

The American government would claim that they own the rights to the idea of a gun and by distributing these plans openly on the internet they are not only violating their intellectual property but also violating the international traffic in arms regulation. Interestingly enough the United States government leveled a similar case against Phil Zimmerman, the creator of PGP. As previously mentioned PGP was essential in the early operation of Wikileaks the instpiration for DD. DD wouldn’t take this sitting down and took went to court.

DD painstakingly managed to pull a legal victory from the hands of the United States government during the summer of 2018. In celebration DD reposted the designs for the liberator pistol and alongside it 3D models of various firearms ranging from semi-automatic to fully automatic.

However their victory would be short lived. The ninth circuit courts across United States ordered DD’s files be taken down over safety concerns in several states across the union. DD complied but the damage was done. These files were out there and there is nothing the government could do to stop their distribution. These files have found their way onto other sites on the internet and are still available for download if you know where to look.

To be entirely honest DD never really fell, the company still exists and they are still distributing the files at little to no cost on USB sticks which they to United States citizens. DD is able to do this thanks to the funds they got from a donation campaign they established shortly after the ninth circuit took their files off the internet. Like Phil Zimmerman, DD found a loophole in the law and was able to continue their work.

There are many people and groups aside from Cody Wilson and Defense Distributed who are in the open source weapon scene. One such group is called FOSSCAD, a group of people who design 3D printed guns and gun parts and compile them into “megapacks” free of cost. FOSSCAD came about as an offshoot from the initial groups who posted designs to DEFCAD before the state cracked down on the Liberator.

FOSSCAD is the largest collection of 3D printed weapons and open source weapons designs that I’m aware of. However aside from FOSSCAD there are weapon designs files strewn about archive.org. It doesn’t stop at guns though, in 2014 there was a design for homemade ammo casings released to the internet along with a gun design to fire the ammo. The world of open source weaponry marches forwards and even though it may be impractical now, in the future it may not be. It’s impossible to know what the future may hold for Defense Distributed and the open source weapon scene but one thing is certain, no one can stop them.

PS. A word from our partner: Getting Spectrum Voice Packages can help you discuss your projects over the phone.

The mystery of Larry Wachowski

The mad logic of fear